Today is Finn’s first birthday!  To celebratehis first birthday, naturally we had to have a big party!  And, let’s be honest – a first birthday party is WAY more for the parents than for the kid (do they even have an opinion on theme?).  So, after some brainstorming and google searching – that began with the idea of a “Mustache Bash”, the plan evolved into a super awesome, really fun BEATLES themed party. (BTW – his shirt came from etsy.) 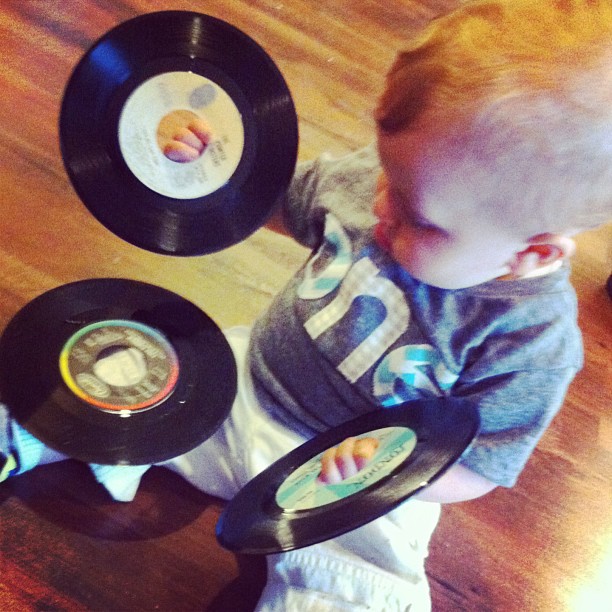 I found several “pre-packaged” Beatles themed party packs on etsy, and others on ebay, etc, but wanted to get really custom and pay close attention to detail.  My sister is a designer/illustrator, so I got her started on the invitations and other fun things.  I supplemented her designs with a few other items that I found online.

I am SO pleased with how the party turned out!  Everyone had a great time, and I had so much fun putting it all together.

Kathryn designed the invitation – it incorporated line drawings of the Beatles’ + a line drawing of Finn, with a mustache.  She also included the Union Jack bunting as an homage to The Beatles’ (and her husband’s) homeland of England. 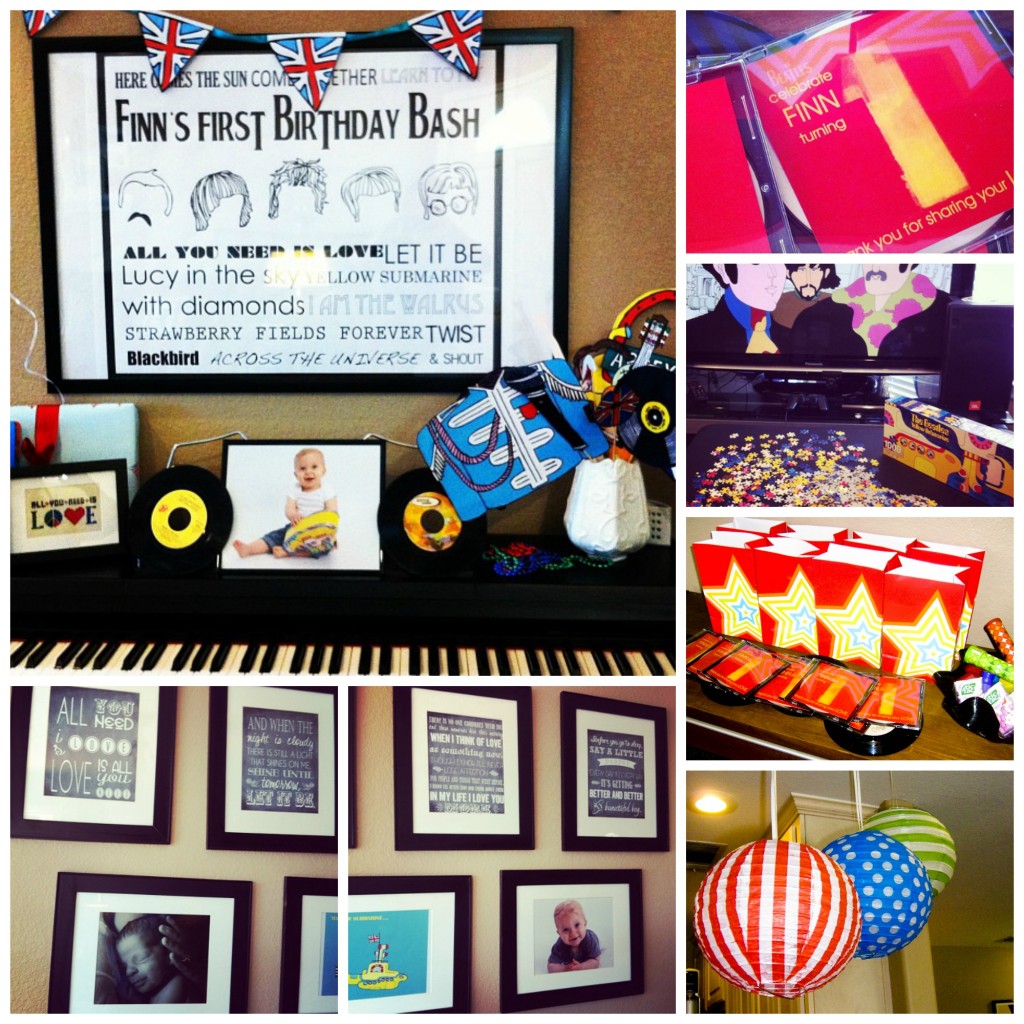 The Decor all stemmed from the invite.  We used a lot of stuff from Target (they have great brightly colored stripes and polka dots), the Union Jack bunting, as well as a poster that she created to include the line drawings, etc.  She also made a yellow submarine poster and activity sheet for the kiddos to color.  She just emailed the files and I printed everything out at Office Max and assembled it at home.  We also used old 45’s that we found at a flea market, and had those laying around.  The goody bags included a Kaleidoscope, bubbles, Strawberry Fields Tic Tacs, and a customized CD of Beatles songs.  We had a Yellow Submarine jigsaw puzzle for people to work, and played the Yellow Submarine movie throughout the party.  I also found a great shop on etsy that did custom printables out of song lyrics – I just sent the lyrics I wanted and she created the cool artwork – and they were only $5!  LOVE!!  I put up a pic of Finn’s first photo shoot, and his 1-year picture. 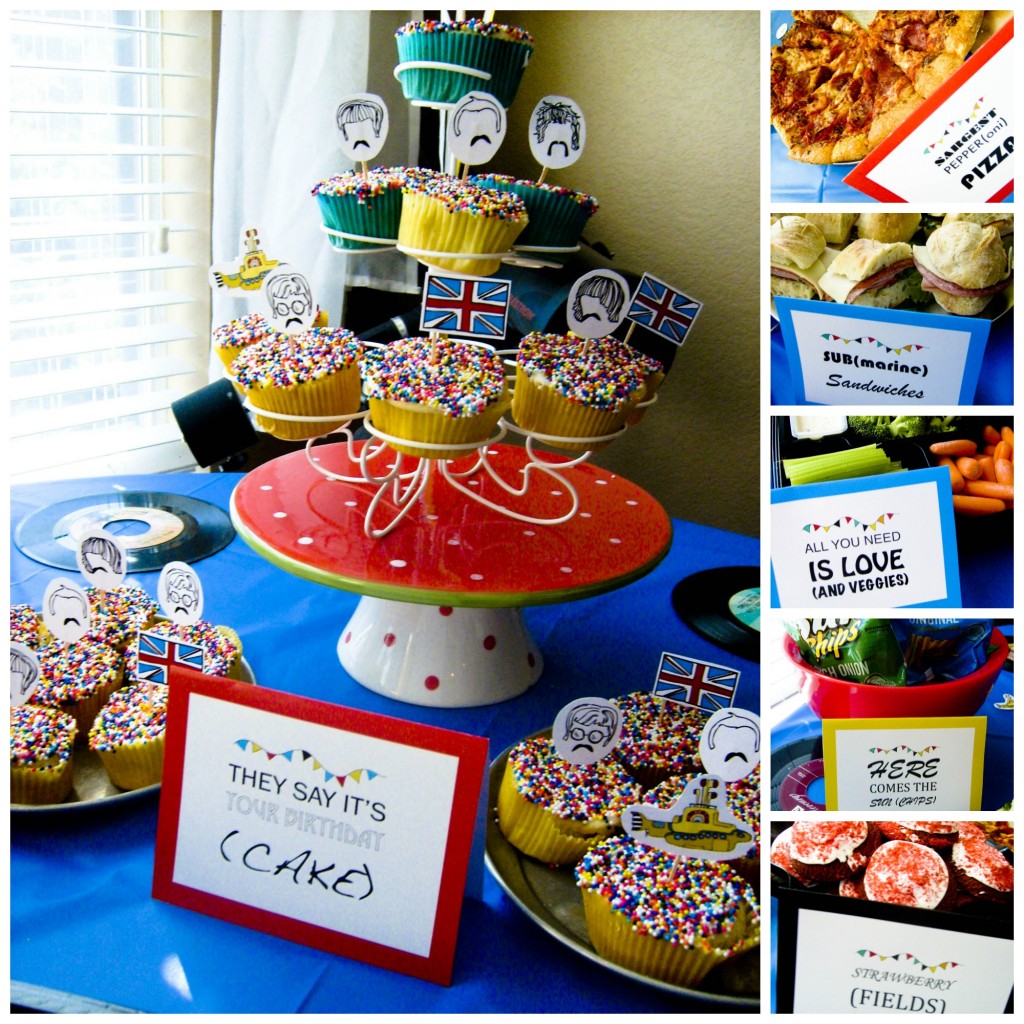 The food was really fun, too.  My sis made the food cards and cupcake toppers – they were super cute!  I just printed, cut and assembled at home – baked our allergy friendly cupcakes, and put it all together.  Everyone got a kick out of it!

All in all, it was a GREAT party – the photo booth (again – another etsy find) was a huge hit, too – and the pictures are hilarious!

So, how did you celebrate your kiddo’s first birthday?  I LOVE to hear party stories! 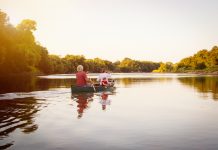 Why We Celebrate All the Grandparents 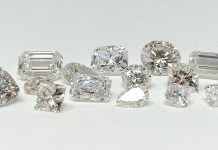 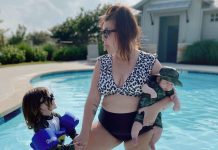