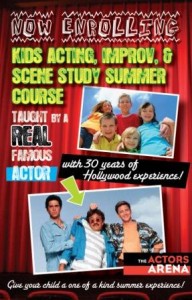 Give them the tools that will help them a lifetime.  That is every parent’s desire.  Kids taking the summer acting classes at The Actors Arena in Austin, Texas will walk away with much more than learning the craft of acting.  Taught by television, stage and film veteran Terry Kiser himself, your child will learn a set of life skills that will be used in the classroom and the boardroom.

Being the center of attention seems to come easy for children, some even crave it and act out to receive it, but  ask that same child to simply read a birthday card aloud in from of his family and he all of a sudden gets shy.  His voice gets so soft and low you can barely hear him, his shoulders curve and his eyes look mostly down at his feet and his body sways back and forth.  Why is this?  The fact is that, when all eyes are upon us and everyone is listening to what we have to say, we are afraid of how we will be received.  Conquering these fears is a skill that is learned, and that is exactly what The Actors Arena teaches.

Terry’s teachings can provide the tools and environment your child needs to help them develop this and then grow that into confidence, finding their internal personality and creativity that they will be able to use the rest of their life.  Just the thought of standing up in a classroom amongst their peers and talking makes a child nervous—but, it is the same stomach-churning feeling he will have as an adult giving a report at the P.T.A. meeting unless he has been taught these skills.

The Actors Arena provides a safe, nurturing environment that will allow your child to develop the life-long skills and techniques making them more effective, confident, and creative in their public speaking abilities.  These taught skills are invaluable for your child to feel self-assured in any social setting now and in the future.  The skills and techniques are taught without the fear of failure, or ridicule, and are fun and creative.  Terry brings out the creative side of a child by encouraging him, without pressure, to take risks outside of his comfort zone thus empowering the child to step outside of his box, exercising this ‘muscle’ making it stronger and stronger.

Having the ability to pull up the public speaking side of oneself IS the confidence that is needed for public speaking.  It IS a life skill used almost daily no matter what the age.  From running for class President, to job interviews, to The Best Man’s speech at a wedding; speaking in front of others is not a matter of IF, it is a matter of WHEN, and those who can do it well have normally been taught the skills and techniques.

Learn-by-doing is Terry Kiser’s method and children have fun while learning in his classes.  In addition to public speaking children will learn memory skills, pronunciation, voice pitch and improvisation—think on your feet.  Shy children can discover a whole new side of themselves that they never knew existed and can have fun exploring and developing those talents.  Those that want to get into acting and go on auditions will feel that they can read a script and get into character in front of casting directors, prepared and self-confident.  Be it stardom on stage or stardom in life, the valuable skills learned at The Actors Arena Kids Summer Series will be used for the rest of their life.

To sign your child up for a fun 8 week course with the Actors Arena visit www.TheActorsArena.com or call 512-202-1216 or email [email protected]. Your child will thank you! 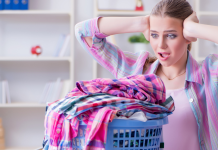 Your Partner in Laundry & Life | Salt and Light Laundry 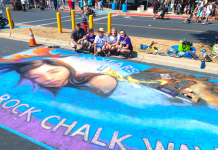 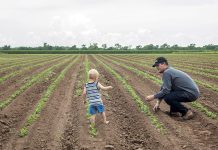