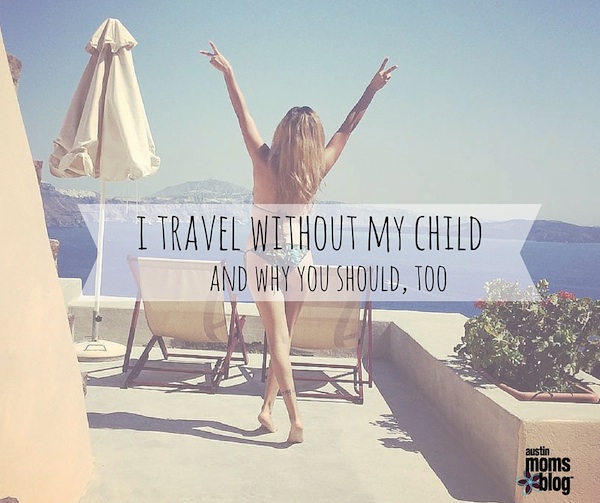 I Travel Without My Child and Why You Should, Too

The beginning of autumn has me reflecting on the unforgettable memories I made during my summer vacation. All those priceless memories that I had shared with people I love and with people I had never met. At the risk of being judged as a selfish and unloving mother, not a single special memory involving my family comes to mind…because I traveled without them.

A couple of months ago, my best friend called to ask if I would join her on a last-minute European trip.

I’m such a penny-pincher that I don’t even add cheese to my burgers at restaurants (it may only be 10 cents, but 10x=$1!), so of course my first logical reaction was hysterical laughter.

“Remember Mexico?” she asked with a knowing grin through FaceTime.

I smiled at just the thought.

She had made a similar call 5 years ago, proposing she and I go to Cancun “because why not?”

“Maybe not one of those things is going anywhere anytime soon whether we go or not.”

I had sighed as I looked over at my baby, flashing his dimples at me as his chubby fingers clawed at the Cheerios spread out on his highchair tray. “This will be the longest I’ve ever been away from him.”

“You’ll be okay; so will he. I promise,” she had said reassuringly. “So are you down?”

Five years later, I was listening to an almost-identical sales pitch.

I stared at her pretty face through my phone, noticing how little she had changed since we met as college freshmen. “One thing you can never say is that you regret traveling with me.” She sipped her wine then raised her thick eyebrows in her characteristic yet understandable arrogance. “So are you down?”

Just as I was about to vomit a thousand excuses that justified a no, I found myself silencing the mom guilt as I considered the pros of traveling without my young child.

And here are the 3 reasons why you should be down to travel sans the kiddos, as well.

The plane ticket, the passport fees, the lodging, the meals, the entertainment… Depending on where you go, the total fees can add up to thousands per child.

Kristin is now a married mom of two. Both children stayed home with their father. That’s two times the savings, three if you count her husband.

However, we did spend most of our conversations pointing out things that reminded of our loves which would inevitably lead us to an hour-long pingpong storytelling session of exactly why.

And yes, we did long for their sweet little bodies against ours even as we slept side by side in one of the cave houses on the hills of Santorini. Every night, we waited up very late to call them when we knew the clock had struck 6pm in America.

I missed my child madly, but I can’t say I’m sorry for being relieved that I didn’t have to scrummage up the cash for another person.

2. You get to move at your own pace, be it slower or quicker

“I think one travels more usefully when they travel alone, because they reflect more.”–Thomas Jefferson

Being a parent means that a “simple trip” can often require an entire production of preparation and execution that will rival that of any Tony Award winning Broadway show. The baby can’t dress himself, and your older child is insisting on wearing his favorite swimsuit as shorts in the dead of winter. You go down your mental checklist of traveling kid essentials as you push everyone out of the door only to realize you’ve been running around with baby vomit on your blouse all morning.

And this “simple trip” is only your attempt at grabbing a gallon of milk from the corner store a half mile down the road!

Paris was very busy and maintained a thick crowd in their streets throughout the day and late into the night. The walk from the Eiffel Tower to the Louvre was so breathtaking that I often made myself keep my camera away if only for a few moments to really take in the beautiful reality of the city and to absorb the effortless sophistication of its people.

In Santorini, we walked for hours up hundreds among hundreds of very steep, slippery steps. We weaved through the crowded, narrow walkways of the markets and inched our ways to the best sunset-watching spots we could find. We took a 6-hour catamaran tour that took us all over the islands of Greece, snorkeled in the beautiful Mediterranean, watched the sunset of a lifetime in silence, and just allowed ourselves to feel like the women we were when we met. The women we still are.

Later over a lovely, authentic Greek dinner, I may or may not have made out with the sexiest Greek boat captain you could ever imagine, surrounded by nothing but daydreams of people from all over the world. Kristin met us for a drink after dinner and then met dozens of the world’s best strangers before getting in bed around 4am.

None of that would have been as easy–if even possible–with a stroller or trying to keep a good eye on our now-you-see-them-now-you-don’t curious boys. Basically, it just comes down to logistics.

3. Solitude is a vitamin for every soul.

“The woman who follows the crowd will usually go no further than the crowd. The woman who walks alone is likely to find herself in places no one has been before.”–Albert Einstein

As a mother, it feels unnatural–indulgent, even–to reserve long periods of time to reflect on my own thoughts, dreams, desires, and needs. But traveling without my kid left me no choice but to do just that with all the alone time I had.

The funny thing about a place like Paris is that after seeing photos of it and its famous monuments for your entire life, it can be unexpected at how mesmerizing it still is in person. I thought in silence about all the textbooks I read throughout school, all the Hemingway I read throughout my life, and the Brigitte Bardot films I watched as a little girl. I was so sure that merely walking these very streets could make any Texas girl a little more elegant and wise.

In Greece, we spent our days on the water and our nights smoking cigarettes and drinking tallboy Amstel on our patios. We talked for hours and hours, just as we did during our college sleepovers a decade before. Of course we talked about our children, but we also talked about how much more we wanted for not only them but ourselves, too. Just as we did as teenagers, we talked about what we wanted to be “when we grow up” and how we dream of becoming a better woman for our own families. There’s something about being in a place you dreamed of all your life that makes everything seem right within reach.

We also reflected back on the conversation we had all those years ago when we met and discovered that one of the things that topped our bucket list was to visit Greece. (We both shamefully admitted that we had The Sisterhood of the Traveling Pants to blame for that one.)

And there we were, two mothers who had met as mere children, in the exact spot we had always fantasized being in all these years. Every now and then during our long conversations on our catamaran tour, Kristin would quickly take a drag of her cigarette, hold up a delicate hand, signaling to me that she was about to interrupt once she blew out the smoke, and she’d say, “Wait. Hold that thought…Look at this place. Can you believe we finally made it here?“

“No,” I said as I looked around at the clear water, so blue it reminded me of the blue Kool-Aid that my brothers and I would make back in the 90’s during our summer breaks.

It was in those moments that I felt accomplished, lucky, genuine, and proud. Traveling both alone and with a long-time best friend watered my roots, roots that I had assumed were dead for much too long. I rediscovered myself in the eyes of every local I had befriended, nourished my soul every time I had gotten lost, felt rejuvenating encouragement with every late night talk, found courage with every attempt to speak the local language, and couldn’t wait to celebrate being a better mom with the resurrection of the woman I was before I was Mom. 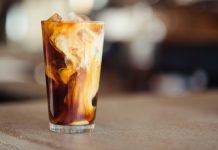 Guide to Indoor Play Places In and Around Austin {by ages!} 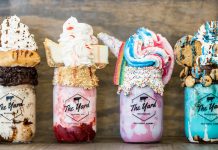 The Best Frozen Treats in Austin