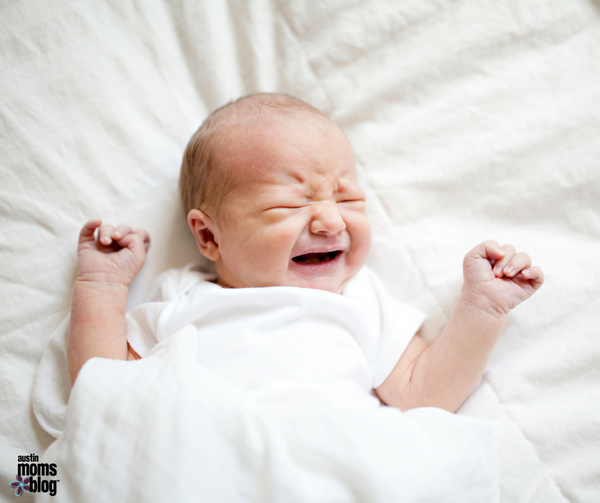 My husband, since the day I met him, bless him, has been all goo goo eyed about parenting a basketball team. He’s a delusional Gaston telling me nonsense like, “picture this: a rustic hunting lodge, my latest kill roasting on the fire, and my little wife massaging my feet, while the little ones play on the floor with the dogs. We’ll have six or seven.” Just kidding, we don’t allow sexism in this household. He’s the one massaging feet. The six or seven part though is legit. Dude is cray.

I wasn’t even sure I wanted one kid, let alone seven. I told him we could take it one step at a time and that’s what we did. We had our son who was a dream and just layed there and cooed and SLEPT, but then we had our daughter and holy mother did she shut down my uterus right quick. She is what I call a non-sleeper and I’m 99% sure she invented birth control.

Now that I’ve been sleeping longer than an hour at night, I’ve had time to ponder our future as a family. Things right now are fairly bliss and the thought of disrupting our flow is slightly terrifying, but then Facebook shows me all these pictures of my preschooler as a chubby baby drooling pureed peas and my ovaries start aching as I find myself overusing the sobbing crying emoji.

Seriously though, procreating or not procreating? What would life as a family of 5 or 6 or 7 look like? Would I survive? I tell ya what, other than the fact that we would be a family overflowing with love, I’m not sure I can come up with a lengthy list of reasons to keep procreating. Well depending on my mood, the act of making them might be a good reason. Sometimes the hubby’s beard tricks me into thinking making babies is fun, but the growing and birthing part? Thinking about those things makes my ovaries shrivel to dust.

Before you call me an evil baby hater, let’s break all these shenanigans down a bit. Babes are cute, yes. They generally make us turn to mush and daydream about having more, but then my brain catches up with my heart and I remember all the things that keep me from procreating:

You think you get 10 months to sleep all the live long day before you can’t sleep anymore, but the human race is a lying bunch of fools and don’t warn the pregnant women of the world about leg cramps and hip pain and bladder spasms. I guess they couldn’t or no one would ever procreate and we’d stop existing, but the truth is a lot about pregnancy sucks. I know, there are plenty of ladies out there who rub their belly’s with glee and constantly profess their love for all things growing humans. But guess what? They are liars. They lie awake at night just like the rest of us wondering if it’s kosher to just piss themselves and keep sleeping.

Yea I know, giving birth means we get a squishy alien baby to sniff all the hours we aren’t sleeping, but y’all. Why the heck didn’t anyone tell me about cervical checks and transition and third degree tears? What about fundal massages and lochia and mesh underwear? Dude, birth is not cute. The baby that comes out of you is, but the noises you make while in labor haunt you (and your partner) forever.

I seriously don’t understand this part culturally. Sleep deprivation is a legit torture tool. It’s used to break people. But somehow, we are just supposed to keep a brand new human alive on zero sleep. I mean I remember a news story where these parents were investigated by CPS for letting their kid play at the park, but parenting a newborn when dazed and confused and pumped full of Arnold Schwarzenegger hormones is cool beans? People, I found a set of folded sheets in my fridge while on maternity leave. This is no joke. Sleep deprivation is scary and painful and is probably the cause of every single divorce.

Again, I know this one is up for debate out there in the world of mothers. Some of you love this ish so much your nipples do a happy dance every time your kid is hungry, but I struggled with this seemingly easy and natural process so much. Unless you take a breastfeeding class (which y’all, do it. you have to.), then no one tells you about latch or engorgement or mastitis. Ladies I know you can relate, but boobs don’t just make milk and look normal. My breasts were a veiny, leaking, porn star status hot mess and my kid wanted to maul those puppies 24/7. While I was thankful to nourish my babes this way, I don’t miss that hostage situation one bit.

So much attention is given to pregnancy and birth. Everyone talks about these stages. They get excited to rub her belly and pass down copies of what to expect when expecting. They shower her with gender specific gifts and make her sniff melted candy in diapers. They inquire about the nursery and ask her how she’s feeling every second of the day. News flash, she feels constipated and is tired AF.

Eventually a human leaves her body and the questions about how she’s feeling transition into endless questions about how she’s sleeping. News flash again, the answer is zero. She is sleeping zero. No one asks how she’s feeling. They don’t care about her hemorrhoids or sore nipples or the pounding her vagina (or abdomen) just endured. They don’t want to hear that she’s overwhelmed and feels like the worst mother on the planet. I mean she has a healthy baby. She’s supposed to be happy, duh.

Biggest of news flashes y’all, postpartum is so much more than rainbows and glitter tears over a happy, healthy baby. It’s hard. It hurts. Physically and emotionally. I personally suffered from a perinatal mood disorder and shit was scary. Throw in limited support and the experience is intensified. We aren’t blessed with family nearby. Other than the first week, we suffered through postpartum very much alone. This is the number one reason I’m terrified to keep procreating. I tell my husband all the time I need a postpartum doula, a therapist, a live in chef, basically all the things if he wants another kid. I just don’t feel confident, especially considering our cultural beliefs surrounding postpartum, that I can do it without more support.

I think I could keep going forever. Money, my marriage suffering, my career being prolonged further, my kids feeling neglected, so many fears run through my brain on the daily when considering growing our family. Sure, we’d figure things out if unexpected growth ever happened. We would still survive and put everything we could into raising good humans, but it’s also ok to explore the things holding us back.

New motherhood is a battle field of emotions — excitement, ambivalence, vulnerability, fear, empowerment, but creating dialogue about the joys AND struggles and doing our best to prepare ahead of time can help ensure everyone is happier and healthier in the long run. And let’s be real y’all, by prepared I don’t mean ordering custom crib bumpers off Etsy. I’m talking preparing for the mess of feelings motherhood drags us through. If this weren’t consistently ignored, then I’d have all the babies my pelvic floor could sustain. 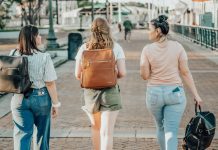 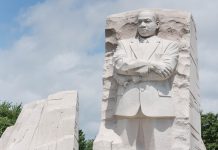