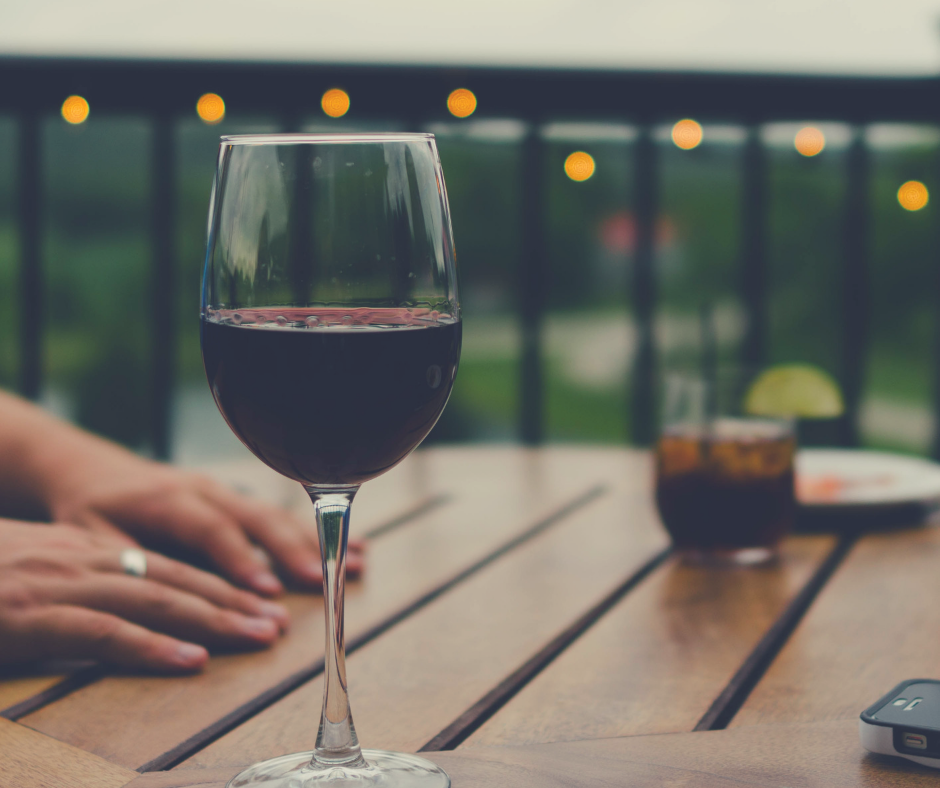 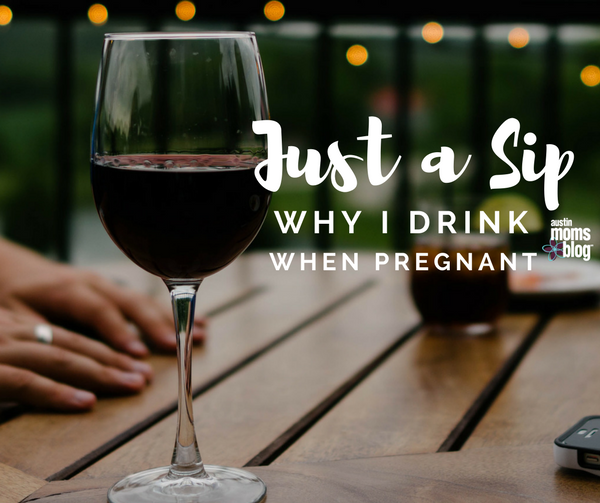 The holidays are behind us, and for many of us currently cooking babies in our wombs, that means we can finally stop subjecting ourselves to boozey parties where we’re often gazing longingly at the glasses of spiked cider warming our friends’ hands, the champagne glasses clinking and the red wine being poured with fancy dinners. This was my first holiday season pregnant, and I gotta say: the stress, the hustle and bustle, the in-laws, the travel, the finances, the EVERYTHING about the holidays would have been much more tolerable with a nice glass of Cab by my side.

Which is why I occasionally pour one. And drink it. While pregnant.

Now, before you accuse me of being an unborn-baby-abuser, I think we can all agree there is no shortage of opinions, warnings and debates about whether any amount of alcohol during pregnancy is okay or not.  AND we can all agree that heavy drinking is harmful to babies.  But what is less often discussed is the fact that there is also a shortage of consistent, accessible, digestible and credible research-backed statistics on the topic, and on just what separates “safe” drinking from “unsafe” drinking.

(And I should also note I’m no doctor, and everything in this article is just my opinion based on experience and a ton of readings + discussions with doctors. So let’s cool our jets and step back for a minute.)

I’m a researcher by trade; I’ve spent the better part of my career executing research projects for brands, observing consumer behavior and then crunching the numbers to identify trends. And while I’m definitely not a medical, clinical or academic researcher, suffice to say I know how to interpret research, how to scrutinize methodologies, and how to talk stats.  For this reason, when it comes to hotly debated topics like this (and vaccinations, and circumcision, and the list goes on…) I avoid the mommy forums and the media sensations and instead turn to what I know best: the data.

I’ve read countless articles, dug into academic papers and read several books on this topic. I won’t drown you in my findings (this is a moms blog after all, and not a medical journal), but I’ve very comfortably concluded that a drink here or there is just fine — and I’ve discussed it with my doctor who agrees with me.  I’m not here to convince you to pop the bubbly or crack open a beer if you’re not cool with it, but I hope I can at least provide enough information to our readers so mamas who DO opt to enjoy a tiny glass of wine here or there can do so without the judgmental eyes of other women upon them.

As we all know, the United States has a steadfast public policy of total and complete abstinence from alcohol while pregnant. But what I always found curious is that other (first world) countries take a slightly more lenient stance. In the UK, for example, the Royal College of Obstetricians and Gynecologists (their equivalent of the American Congress of Obstetricians and Gynecologists) warns that drinking while pregnant probably isn’t a good idea, but they still confirm that “the risk of harm to the baby is likely to be low if a woman has drunk only small amounts of alcohol.”  Their updated guidelines from 2016 admit that research on the issue is limited and “the risks are probably low, but we can’t be sure that this is completely safe.” Fair enough.

To that point, limited research is precisely why there isn’t consensus on the topic and moms everywhere debate the issue. And it kind of makes sense why we would have a lack of consistent and comparable medical research data on the effects of alcohol while pregnant. It would be pretty unethical (and just downright terrible) to do a test and control group of women, whereby one group intentionally binge drinks during their pregnancy and the other abstains entirely. So instead, all we’ve got to work with is what’s called observational data: simply comparing the outcomes from women who reported to have drank versus not, but not in any randomized or controlled fashion. In other words, comparing apples and oranges of all kinds of varieties.

So in the absence of concrete data showing exactly where the acceptable thresholds for drinking are, policy makers have no choice but to put the “abstinence” stake in the ground. Otherwise, the “rules” would be left up to interpretation… and if you tell people they can have a beer while pregnant, what’s to stop them from having one and half beers? Or one really big beer? There is a lot of grey area in how you define “in moderation” but there is very little room for interpretation in “zero,” making that rule much easier for the general populous to follow.

TL;DR?  There’s just no possible way for the medical community to establish a “safe” amount to drink, so the next best thing is to say NO amount is safe.

Now don’t get me wrong. Heavy drinking while pregnant is dangerous and proven to be harmful to your baby. I repeat: I am NOT suggesting it is okay to get drunk while pregnant.  When I say “drink during pregnancy” I’m talking a few ounces during later trimesters to whet your palate, NOT to get buzzed.

Quick science refresher: when you drink, alcohol goes through your system and into your bloodstream where it CAN get passed along to your unborn baby. Before that happens it gets processed by your liver, but much of the “bad stuff” stays in your bloodstream for a while. In a nutshell, if you drink one drink very slowly your body will metabolize and process the alcohol before it gets to the fetus. Drink a lot quickly and there is a greater chance that toxins will make it through the placenta via your blood.  Conclusion?  Savor that glass of wine but stay away from taking body shots.

For anyone interested in delving into this topic, I highly recommend Emily Oster’s book Expecting Better, in which she points out that “women who report binge drinking (more than 5 drinks at a time) during pregnancy are more likely to have babies with cognitive deficits.” And she goes on to report multiple studies around the world that have shown heavy drinking in the first trimester causes deformities, and heavy drinking in later trimesters causes cognitive issues.

But she also begs the question: does this also mean that light drinking of the occasional glass of wine is a problem? Not really. Her book (where you can find links to extensive the research/reports) notes that while heavy drinking is frowned upon globally, many countries in Europe actually recommend a few drinks per week… yet there is no evidence of more fetal alcohol syndrome; in fact, the rates are higher in the US where the rule is abstinence.  And several foreign studies (like this one and this one) have concluded that low to moderate amounts of alcohol during pregnancy have no harmful effect on children.

Further demonstrating the divide of opinions is the fact that 40% of US doctors don’t always suggest abstinence, and 44% of female OBGYNs reported drinking during their own pregnancy (see article here).  You see, there is SO much information out there about drinking while pregnant, but so much of it is contradictory, confusing and complicated

Personally, my midwives in my first pregnancy and my OB with second have all done our own research, discussed it at length and agreed that the occasional drink is perfectly fine. So why do I even bother?  Sure, considering the lack of evidence either way, it wouldn’t be difficult for me to abstain completely for nine months. But when my I’m abstaining from everything under the sun (sushi, lunchmeat, medicine, you name it), and when my body doesn’t feel like my own anymore, and when life is getting all topsy turvy with pregnancy and taking care of a rambunctious toddler… that half a glass of wine in the evening sure brings a little sense of normalcy, which makes me a better me and a better mommy.  The risk is low in my opinion, and the reward to my happiness and mental health is unquantifiable.

I realize most women will follow the official guidelines and keep away from alcohol completely. And other women will find the research against alcohol insufficient and choose to have a small drink here or there.  And that’s okay.

The bottom line is that, until concrete data comes out and the medical community – not just policy makers – rallies towards consensus, I view the occasional drink as a personal choice that needs to be researched, considered and made by each mama and her doctor. Just like everything else in parenthood.

What about you? Do you have the occasional drink while pregnant, or say no to any and all things alcohol? 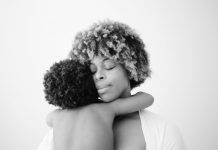 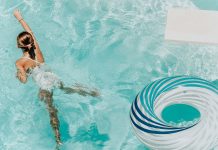 Pool Snacks You Can Feel Good About