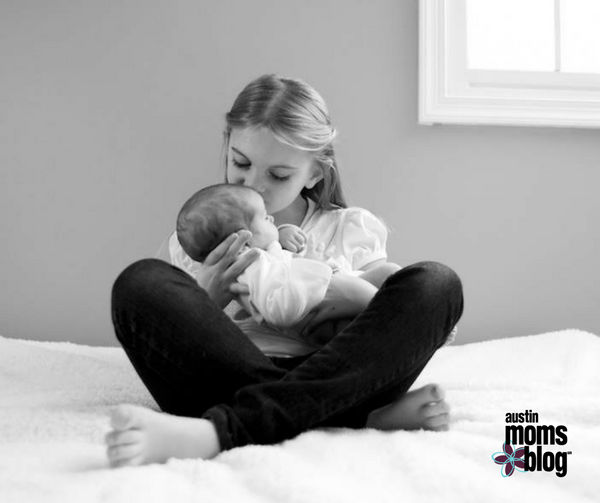 I’m going to be vulnerable for a moment — I used to think that I had this parenting thing down. Once they reached about four, I didn’t understand why people found it difficult. Sure, there were hard moments, like when my daughter Hayley got sick and I had to miss an important meeting, or when she would wake up entirely too early on a Saturday morning. Overall, though, I found life with her to be pretty seamless.

Hayley slept through the night at six weeks. We taught her how to identify the number “7” early on, and she only emerged from her room once her clock struck 7AM, and not a moment before.

When we’d go out to dinner, she’d play tic tac toe until the food arrived. She could sit through an entire movie by age 3 — and did I mention that she was potty trained within 48 hours, right after her second birthday?

Ever since her first day of kindergarten, Hayley kept track of her assignments and due dates like clockwork — to this day in her sixth grade year, she still does. I have never had to remind her to finish a homework assignment or study for an exam.

She always ate her vegetables without complaint, even though I knew she secretly didn’t like them.

Hayley and I went everywhere together, and I genuinely enjoyed parenting her. One of my favorite memories was visiting Disneyland for her 4th birthday. I’ll never forget how patient she was that day, despite the intense holiday lines and record breaking crowds. I thought of our family as the three musketeers, and the bond we shared was special and easy.

I know, I know — I sort of hate me, too. I fully admit how naive I was, especially now that those tween hormones are raging. Don’t worry, though — I also got my karma in the form of Hayley’s younger brother, Colin, who was born right before her 9th birthday. To say this second kid threw us for a loop is a complete understatement. This beautiful, chaotic whirlwind of a child is now 3.5 and constantly keeps me on my toes, with no end in sight. I thought for sure that I’d be better prepared this time around — after all, he was my second, and I had done this before. Not only does a lot change in nine years, but no amount of foresight could have prepared me for raising Colin.

He does not sit and color — at least, not on paper.

He still can’t sit through an entire episode of Daniel Tiger, let alone a full movie.

He takes everything apart.

He has a strong need to touch everything. No, really, I mean everything. That crumb on the floor? The light switch in the middle of a crowded restaurant? He’ll find it.

If I leave him alone for more than ten seconds, he’s bound to get into something. When I turned my back the other day, he unraveled all the toilet paper and attempted to plunge the toilet. He then stole a lip gloss from Hayley’s room and proceeded to bite off the top.

Last summer I came downstairs to, “Oops, Mom. I made a mess.” I sighed in exasperation as I saw sunscreen smeared all over the couch, rug, coffee table, walls, and all over Colin. He had gone digging into my diaper bag during the five minute time span that it had taken me to put down his baby brother for a nap.

I find myself saying, “Hayley never did that” on almost a daily basis. Parent teacher conferences for Hayley have always been comprised of, “What can we say! She is delightful!” Now when I have an upcoming conference for Colin, my stomach is twisted in knots in anticipation of what I’ll hear next. Phrases like, “Colin has trouble keeping his hands to himself at school” and, “We’re trying to help Colin learn to focus on his work without disrupting the other children” are now my norm. Even at the dinner table, Colin has a tough time sitting without scraping his fork on the tabletop or flipping it onto the floor — you know, using it for any purpose other than eating.

Ya’ll, I officially have that kid.

The craziest part, though, is that my kids are raised in the same household, by the same parents, and yet their differences couldn’t be more apparent. I also like to think that we set very high parenting standards for them. The phrase “boys will be boys” does not exist in my house. We strive to raise our kids to be respectful, kind, and empathetic human beings, with no excuse for poor behavior.

I also have a confession: parenting my wild child has left me feeling defeated. I am constantly questioning both my sanity and my ability to be the person that Colin needs. When I hear from his teachers that he had yet another tough day at school, I can’t help but feel discouraged. Am I doing something wrong? Is there a sign I’m missing? Here’s the thing, though — all of the sticker charts and parent teacher conferences in the world would not change who my son is at his core. He is the kid that thrives off of the company of others, but who needs to be home for nap time before he completely melts down. He’s the one that I still watch closely on the playground to make sure that he isn’t cutting the line for the slide. He is a sweet, highly intelligent, and inquisitive little boy that I love to pieces — but sometimes I feel like he’s the equivalent of parenting a stairmaster. He just never stops, and I’m tired.

Despite how challenging Colin can be, he’s also equally wonderful. He is in love with music, animals, and puzzles — and his laugh is infectious. We constantly joke that all of his curiosity and energy could be channeled into some really useful professions someday, and I can’t wait to see what kind of person he grows up to be. The other silver lining of my crazy second born? He has made my third feel easy!

To the parents of a wild child — I see your struggles. I know how it feels to internalize your child’s energy level and mischief, constantly questioning whether or not it is a reflection on you as a parent. I know that you sometimes feel judged and insecure. Just remember that you are exactly who your child needs. That boisterous, carefree spirit will serve you both well, even if it doesn’t feel like it in the moment. Until then, solidarity and wine. 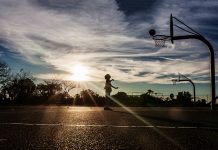