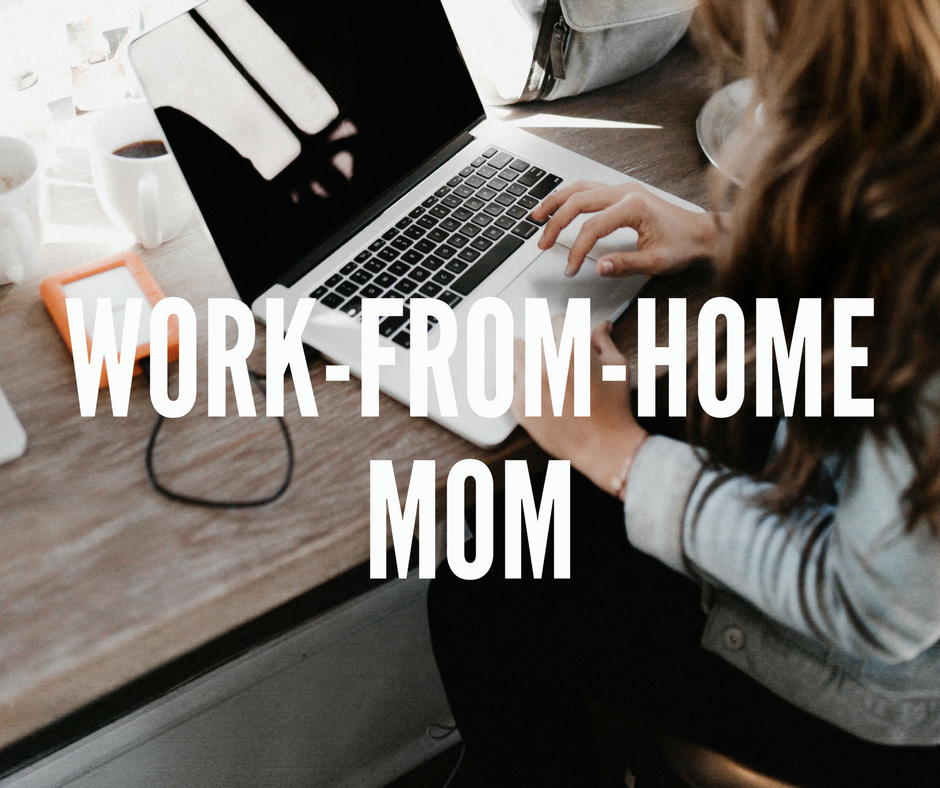 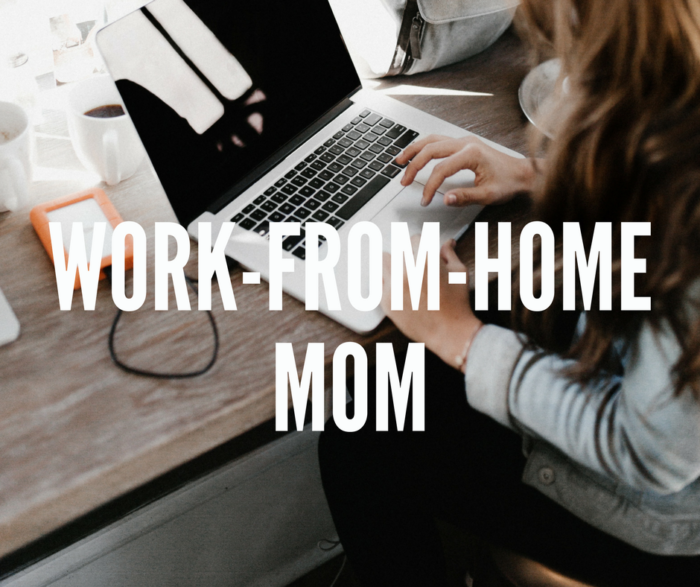 For as long as I can remember, I have been working towards something. First, it was to finish high school with Straight A’s and an impressive list of club memberships, extracurriculars, and volunteer activities so I could get into a top college. An unexpected teenage pregnancy derailed me just a bit, but only enough to stumble — I ended up graduating a semester early from high school and attending college — followed by graduate school — with my graduating class.

While in college, a part of me always dreamt of being a writer and getting into marketing. When I’d discuss this dream with others, I was met with discouragement because I now had a child to raise. Surely I belonged in a stable profession, like healthcare, where I would be guaranteed a job when I graduated. As many often reminded me — could I really afford to mess around and take time to “find myself” in a profession with more gray areas and lower starting salaries? I knew the answer — I couldn’t. I deferred to everyone else and ended up in the field of OB/GYN Nursing, which I am truly passionate about.

After finishing graduate school, which cost more money than I care to admit, I landed my dream job. The only issue was my soul-sucking commute — 90 minutes there, 60 minutes home. Even though most of it was by train, I found myself in a constant state of panic. It almost felt as if I was treading water each and every day, and it expended all of my energy just to keep myself on the surface. If I let the smallest part of me slip, down I’d go, spiraling into the dark abyss. There was no room for mistakes or missteps.

I learned a lot about myself during that time working, one of the key things being that I didn’t love working for other people. It wasn’t that I didn’t enjoy hard work, in general — in fact, I sometimes work more hours than my husband now that I’m home with my own business — but I didn’t love the idea of feeling trapped in a box of vacation days, sick days, and commute schedules. That drowning feeling I just described? It wasn’t getting better. I officially knew what others meant when they talked about the “rat race.”

Desperate for an escape, I told my husband that I was going to start freelance writing, just to see where it took me. I started off making $100/month and working for peanuts — when I look back at the rates I charged, it’s actually embarrassing. Through that experience, though, I gained a lot of confidence and familiarity with the freelance world. At the time, I was doing medical writing and blogging in the mom/baby space. Even though I wasn’t making much, I still had to stop and pinch myself sometimes that someone was paying me to write for them. It seemed like I was one step closer to my dream.

Later that same year of 2014, I received an amazing opportunity that would forever change my life. I had attended graduate school at The University of Pennsylvania, also home to Wharton Business School. A fellow parent and CEO of a media start-up had somehow found me through their network and approached me about running their social media. It was only Facebook and Twitter at the time because Instagram wasn’t what it was today — but he was confident in my ability as a writer and mom to be able to share and create content that resonated with his target audience. Feeling a bit of imposter syndrome, I accepted the position and dove in headfirst.

Though the start-up ultimately failed as many unfortunately do, I was forever changed. That same month, I told my husband I was leaving my job in nursing. This was unfathomable to our families, especially since I had quite a bit of student debt and had just invested so much time into this degree — but it felt like the right thing to do. I wanted to try to stay home with my kids, especially because I was newly pregnant with our third child. If I could make a little side money writing, then that would be a bonus. I felt the calling to be home, and I was going to take the chance on myself and see if I could make it work.

Fast forward a year. I had been blogging and doing some medical writing, and at this point, I had written several ebooks for small businesses. I then stumbled upon more work in the world of marketing and social media for an organic mom & baby company. The timing couldn’t have been worse — I was literally weeks from moving across the country to Austin, and my third child was only a few months old. To say I had a lot on my plate was an understatement, but something told me to take it, so I did. The rest, as they say, is history. Over the years, I have attended seminars and courses, as well as read books, blogs, and everything in between about brand strategy, content curation, and social media. I now work with some huge national and global brands, as well as other small, local businesses to help them increase their social media presence and create a cohesive brand strategy and message. I have matched and exceeded my nursing income. I have grown so much, in fact, that I am now hiring moms to work with me in content management. It’s pretty amazing.

I’d be lying, though, if I didn’t tell you that this journey has also been incredibly difficult.

Let’s backtrack a bit. Remember when I said that I sometimes work more hours per week than my husband, who works full-time outside of the home? I meant it. I work early mornings before the kids wake up some days, as well as during nap time, after dinner, and at bedtime. I answer client calls at the park or have to excuse myself to do damage control for a few minutes at a playdate. Remember when I also said that even though I don’t like working for other people, it wasn’t because I didn’t like working hard? Sometimes I pull sixty hour weeks and don’t even have enough free time to cook dinner. The businesses and brands I work with are an extension of my family — I am just as invested in their success as if they were my own companies.

Being a parent is tough in many aspects, but one of the things I was most unprepared for was how fiercely I’d feel a calling to be home with these little people I’ve made. My curious mind, though, refuses to rest. As a result, my husband sees my stress. He sees everything I balance, so he is constantly questioning me — why don’t you just hire a nanny? Why don’t you have our youngest attend preschool more often? They’re valid questions, of course, that I’ve thought through many times. The answer is this: I am grateful for the flexibility, and I truly love raising my kids. I love that my 20-month-old and I wake up and conquer the world together as we attend playdates, meetups, and spend time exploring Austin while the bigger kids are in school. He is my last child and my very best little buddy, and it quite literally breaks my heart to think of being away from him on a regular basis.

The downside, though, is that during this season of young children, I am truly stretched. I have so many grand ideas and visions for my business, and I work tirelessly for my clients around my family’s schedule. Work from home means a little more screen time than I’d like some days and never quite getting the downtime that I crave while the baby naps. The beauty is, though, that some days I just want to spend my afternoon watching Netflix — and I do. I then work harder that night, after I’ve had that much needed “me time.” It also means that if I want to work six hours one day and one hour the next — I can! In fact, I don’t stick to a super stringent schedule right now because life with young kids is unpredictable. Somehow I do manage to get it all done, though.

Working from home as a mom also means a lot of small windows of time to complete tasks that are very likely to get interrupted. Because of this, you really learn to maximize a fifteen-minute period more so than you ever could have when working outside of the home. It also means that stress can be at an all-time high when kids are sick or during lengthy school holidays because social media doesn’t sleep — at least not for long.

It also means having quite literally the best and worst of both worlds — the best because I get a lot of the same perks as stay-at-home-moms in the sense that I can fill my mornings with playdates, field trips, or just hanging out at home watching a movie. I can meet a friend for lunch, pop over downtown to see my husband, or explore a new park that opened up. It also means, though, that I have no boundaries. I work seven days a week most weeks, even if that 7th day is just for an hour. Work is constantly on my mind, and clients and I will communicate with each other on early mornings, late nights, and throughout the weekend. This business isn’t for the faint of heart because you are truly “on” in some capacity at almost all times. Now that I’m managing content managers, too, I serve as their back-up, which is always looming on my mind.

I love what I do, though, and I’m so thankful that I can take my work with me anywhere. In fact, I’m flying to Boston for a close friend’s baby shower, and I am able to work a full-day from a coffee shop there. Every job has its perks and downfalls, but I feel incredibly lucky to have found something I’m passionate about that also serves as a creative outlet for me, structured around my priorities as a mom. Though I could not have ever fathomed this unconventional life back when I worked in nursing, I truly wouldn’t trade it for the world — craziness and all. 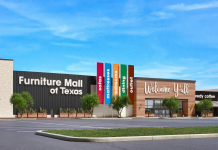 A Shopping Experience For The Whole Family | Furniture Mall of Texas 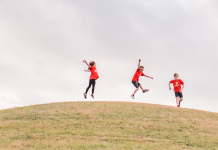 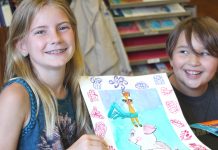 But What About Art? | Cordovan Art School