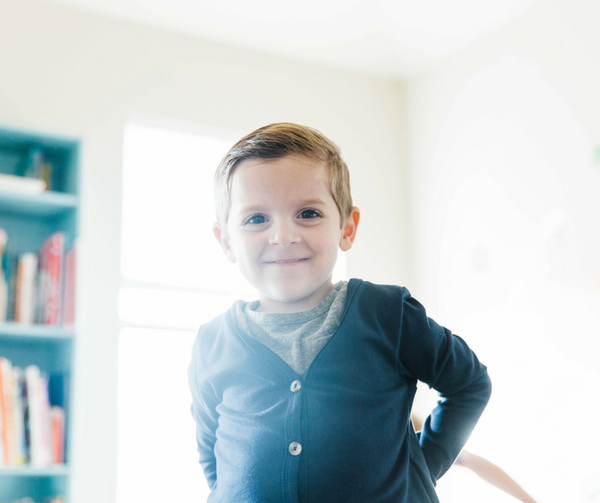 My pen makes the familiar scribbling sound as I fill out yet another stack of paperwork, loops of black ink dancing across the pages as I check each box that promises to bring me a step closer to figuring out my four-year-old son. So many boxes. The forms ask questions such as, when did he begin crawling? Can he dress independently? Does he respond when you call his name? For a moment, as I glance around the cheerful space of the therapy center, I almost feel guilty for being here. I’m surrounded by a sea of children, many with very apparent disabilities. Here is my child, happily sitting and chatting with the therapist. He reads, writes, and does basic algebra. He dresses himself. He even uses the bathroom completely independently.

Yet, I’m here because he’s struggling. We’re struggling — as a family, as parents, and as people. We’ve heard some scary terms being tossed around lately, with whispers of school dismissal, 1:1 aids, and insurance benefits. We worry if his issues will be classified as a diagnosis and if we’ll receive adequate coverage to help him. Will our insurance company care that he has trouble maintaining friendships? Or that he struggles to control his impulses to the point where he’s sometimes creating an unsafe classroom environment?

Before Colin was even born, I knew there was something different about him. At my 13-week ultrasound when the tech sighed in frustration and proclaimed him “the wiggliest, most uncooperative baby she had ever scanned,” I knew I was in trouble. Arriving five days late and forever on his own time since, Colin has always been high maintenance. Though he slept like a dream, which was our saving grace, he let us know that he was there for the long haul during daytime hours. Yet, he hit all his milestones like a champ and was — and still is — the happiest, most charismatic and social child that you’ll ever meet. He is a true extrovert and fiercely craves being the center of attention.

Around age 2, though, I began to wonder if he was just a boy, as many had stated, or if there was something deeper happening. He was highly intelligent and very verbal — still is. At 18 months, he knew every letter of the alphabet, could count past ten and knew all basic shapes and colors. Before his second birthday, he held up a tortilla chip and proclaimed hexagon! clear as day. Sure enough, it was a six-sided chip.

Colin spent his days climbing and touching everything he possibly could — mainly light switches, brooms, and anything else that had a function. He would often disassemble toys to the point of breaking them. He had trouble sitting still and watching most shows for longer than 15 minutes. After touring many schools here in Austin, we decided on one that we felt was a perfect fit. Towards the end of the summer and into fall, though, we were told that Colin’s behavioral issues had increased. Always somewhat challenging, Colin was exhibiting behaviors at school that appalled us. These were things we weren’t seeing at home, and it began to scare me. His school had a stack of folders with data, showing interventions and tactics they had tried to no avail. We paid for a Functional Behavioral Analysis per their recommendation, only for it to come back inconclusive. The theories began to trickle in — everyone had something different to say about who they thought he was.

With the theories came the assessments. The pediatrician, psychological testing, Occupational Therapy, Neurology, and even the ENT. Different therapies were also thrown out — play therapy, behavioral therapy, occupational therapy, family therapy. It was also determined that Colin had an incredibly high IQ, which we suspected, scoring in the 96 percentile for his age. Some believed that his high IQ came with a slew of sensory issues and mental fatigue.

Raising Colin has been a challenge that comes with a unique set of struggles. I don’t believe he’ll ever be successful in a public school environment, for example. I don’t feel like I can drop him off at a playdate because I wonder, what if he has an episode? I couldn’t possibly burden someone else with that. Parent-teacher conferences give me a pit in my stomach as I anticipate yet another set of issues that will be thrust upon us. I live in constant fear that he’ll be asked to leave a school we have fallen in love with because it’ll just become too much for them — and then what?

I get anxious about insurance coverage and about the labels and diagnoses being tossed around as I’m simultaneously told that they’re not really diagnoses at all. He shows signs of sensory processing disorder, which isn’t an official diagnosis. He also meets criteria for Oppositional Defiant Disorder, but good luck getting insurance to cover that. He exhibits some characteristics of ADHD, but he’s too young to know for sure. It could be anxiety, but it’s almost impossible to diagnose at this age.

The judgment is also tough. Since Colin’s struggles are invisible to the outside world and are masked by his intelligence and charisma, I have sometimes felt as though I’m labeled as a bad parent. Clearly, I’m not setting enough boundaries or instilling the right disciplinary tactics. Sometimes my insecurities are so fierce that I begin to wonder if I’ve manifested them into reality.

Speaking of labels, everyone is pushing for one and trying to fit our son into a box. After all, kids in boxes get insurance coverage and are taken more seriously — at least some of the time. So here I sit, with yet another professional who has yet another opinion about Colin. Observations, testing, analysis, repeat. She spends this brief window of time with my son and is then expected to compile a list of evaluations and recommendations that could possibly alter the course of our lives — but she doesn’t know. She sees his reports and the struggles he exhibits on paper, but she doesn’t hear him whisper as we leave the center that he wants to make sure we also bring home a lollipop for his baby brother. She doesn’t see the way he lovingly strokes my cheek each night and tells me how beautiful I am. She doesn’t hear him read softly to me as we’re tucked in bed, or watch him take off his cardigan to cover the dog,  just in case she gets cold.

She asks me to explain him — the issues and the struggles we face — but how can I? How can I possibly explain that this beautiful,  strong-willed child causes us heartache, yes, but so much joy? How can I possibly explain that while I worry that nobody will ever understand him, I am also equally afraid that he won’t ever understand himself? How do I make everyone see that he is more than just a wiggling body, and though his defiance can be great, so can his love?

So there I sit, attempting to answer her questions. I check the boxes and wait for the recommendations. As I wake each morning, I hope that today will be the day when the world will become just a tiny bit easier. Maybe this is all a phase. But maybe it isn’t.

Here’s one thing I do know — before I even knew Colin, I was meant to be his mom. These challenges we face as we fight for answers have brought out a side of myself that I truly didn’t know existed. I will never stop fighting for him. I’m so grateful for our team — for my husband, who is equally adamant about giving him everything he needs; for a school who loves him and sees the best in him; and for friends who recognize that this season is rough and reach out just to ask how they can support us.

I am lucky. I am the mom of the smartest, sweetest, kindest, and most beautiful boy. Life with him isn’t easy, and there are definitely days where I struggle and wish I could snap my fingers and figure him out. But man, he is amazing, and so very worth it. Someday when he becomes President of the United States or cures cancer, I’ll let him know that we never doubted him, not even for a moment.

As the Occupational Therapist put her hand on my shoulder and told me she’d be in touch, she stopped for a moment and left me with these parting words:

“You know, I look at the interactions between the child and parent — the entire family dynamic. You’re so amazing with him. You’re doing a great job — and I’m here to support you, too.”

Sometimes the simplest things in life are also the most powerful. And all those boxes? They’re still there, and I sit here slowly checking them off. I’m grateful for them and for the professionals who dedicate their lives to helping us figure out our peculiar little people. As we push forward for answers, I know one universal truth — no label or diagnosis could ever take away who Colin is at his very core and all of the amazing gifts he has to share with the world. I’m so lucky to be the one to help him flourish. 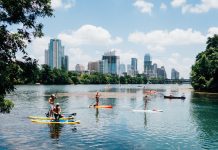 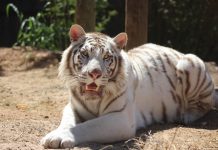 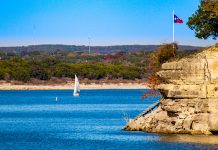