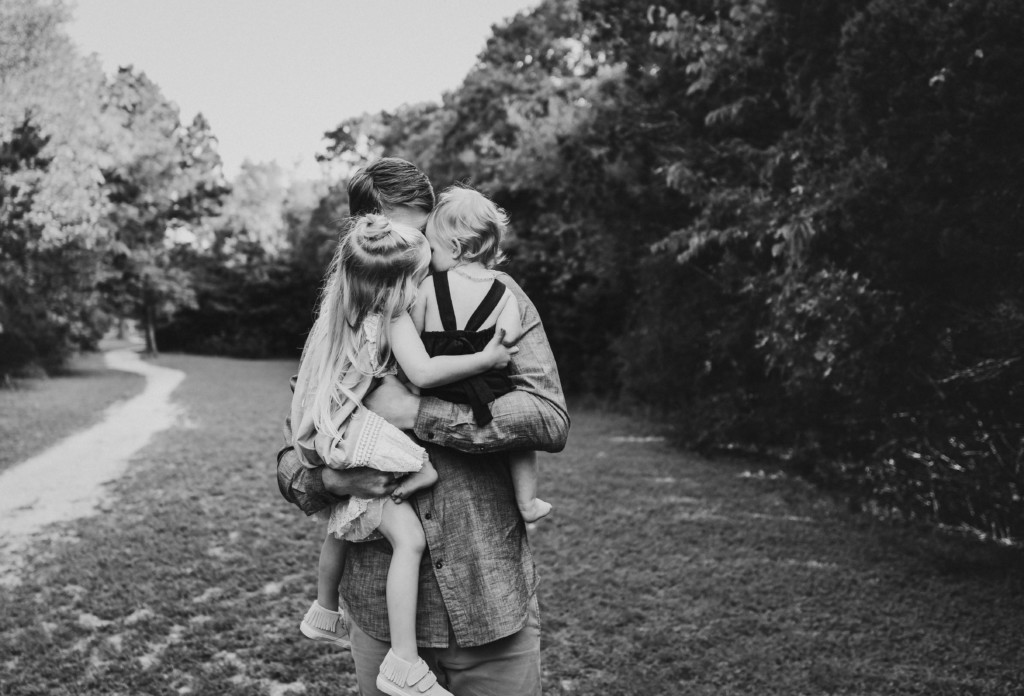 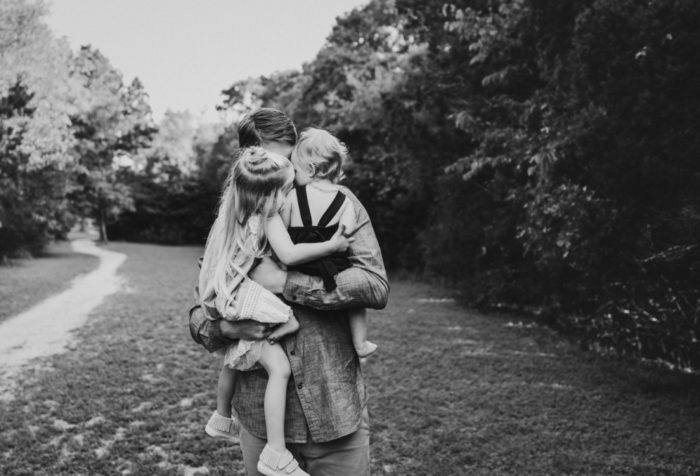 Growing up, I had so much love and respect for my father. Never has a day gone by that I didn’t know how much he loves me. As I get older it’s even more abundantly clear to me that he went above and beyond day in and day out to make sure that my sister and I had the very best childhood he could provide – indeed it was full of one beautiful experience after another. He sacrificed his own dreams to help us realize ours. 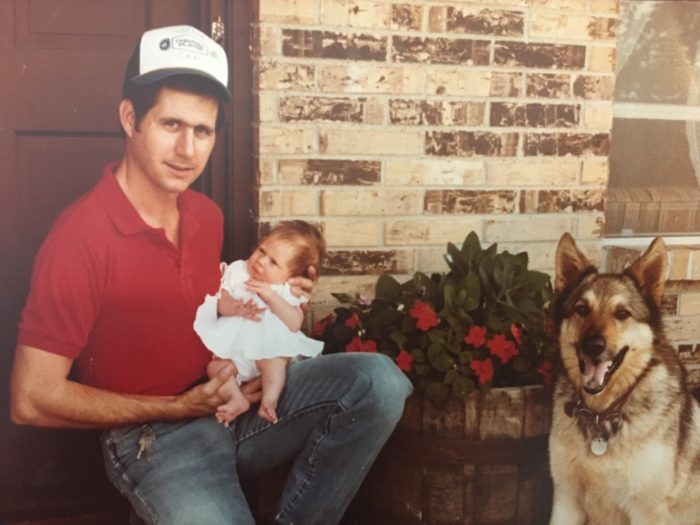 Growing up, we had 10 acres and a couple of horses (among an eclectic bunch of other animals). Dad always tells this story– for a while, almost every day when he would come home a long day’s work, Kandace (my sister) and I would want him to hook one of our horses up to this small carriage we had. It probably took him at least half an hour (or more) to get it all ready to go and just as long to disassemble. I bet Kandace and I were entertained by the whole thing for 15-20 minutes (tops). But every time we asked, he would head down to the barn with us (as exhausted as I’m sure he was) and pull out all the stops because he knew it would bring a smile to our face (and bonus: time with his girls). That’s just the kind of Dad he was (and still is). Selfless. It was all about his girls, all of the time.

As you can imagine, I was pretty well convinced that there wasn’t another soul on Earth that would ever hold a candle to his dad-abilities.

Late teenage years led to almost a complete decade in my twenties of dating what I would basically consider “duds”. There were a few good ones, but certainly none that were perfect for me. And a whole lot (like 99%) who were flat out terrible. Eventually, I took a few years off from the boyfriend scene. One night, a close friend invited me to meet up with her, this new guy she was dating and Ross (my at the time future-husband). Not long before, I had come to the conclusion that the right guy was out there, but for it to ever work, I’d have to give him a chance. So wet met and I gave him a chance. And I think it was something like 30+ days before we spent a single night apart. We were basically completely obsessed from night one. I knew the whole time that he would be an amazing husband and just the right guy for me. What I didn’t know… 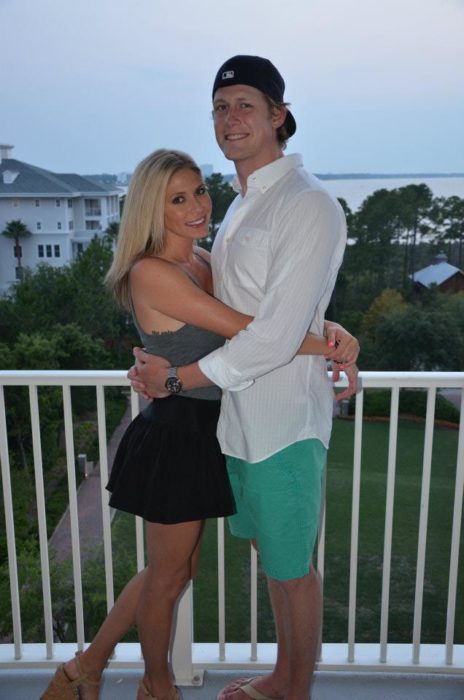 About a year into dating, out of the blue, I felt like the most tired person on the planet (which was way off for me). After all else failed, I took a pregnancy test (actually like 10) and found out that we were going to have a baby. I didn’t know how to tell him. I was terrified. I had no idea how he would react. I decided I would give him a card that had a picture of this pea in a pod. On the inside I wrote something to the effect of “we are going to have a baby– a real human baby!” Ohhhhh boy. I think he read it like 5 times. His face was white. I don’t remember everything that happened or was said but I do remember he took a few minutes of alone time and then came back and gave me a pep-talk (in true quarterback style) along the lines of “there is no I in team”. Basically he wanted me to know that we were in this together and would make the very most of it and he would do everything he could to take care of me and the baby and everything was going to be just fine! Wow. Weight off my shoulders. That went much better than expected.

We were married that summer and welcome baby Emily in the fall. I remember the tears falling down his face when he held our baby girl and how much he was truly transformed. We went from being a couple to being a family. In the days after we went home, I started to see just how incredible and loving and supportive of a daddy he would become. He spent just as many hours up at night as I did with her, making bottles, feeding her and pacing up and down the halls soothing her back to sleep. He never complained, never reminded me if it was my turn. He was just there to help in any way he could, day after day, night after night. 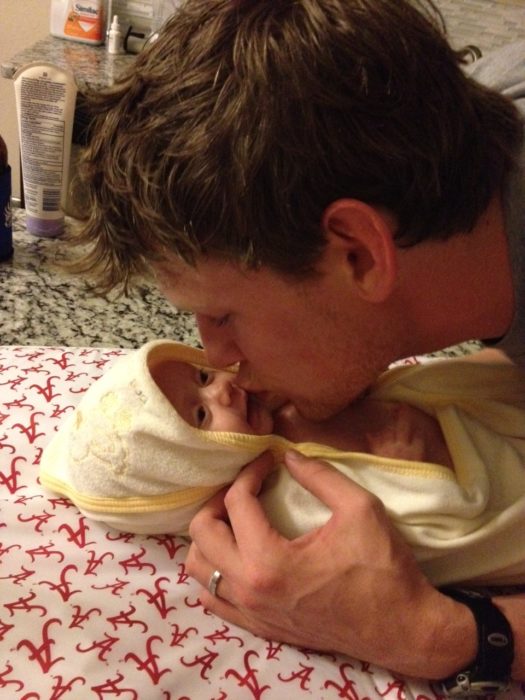 As Emily grew older and began to smile and laugh and sit up and crawl and walk, I saw him turn into the most beautiful person. Someone who loved that baby girl more than anything else in the world. I started to see flashbacks of my Daddy. Because every day when Ross came home from work, he would drop his stuff and pick up that baby girl. He would lift her up for Superman flights through the kitchen, read her books, encourage her to work towards a new milestone, help with feeding her, making dinner, cleaning up and even putting her down to sleep. All while holding down a full-time job and rocking his way through grad school. He. Is. A. SUPERHERO.

Three-ish years later, we welcomed Baby Callie James into our family. Again, he was right there beside me for the sweetest moments and the roughest nights. We managed to survive the darkness of colic together. For those of you who have been through it, you understand the gravity. For those of you who have not, I pray that you never do. But if you do, feel free to call me. It is brutal. But, you are not alone. And, it will pass. It did. 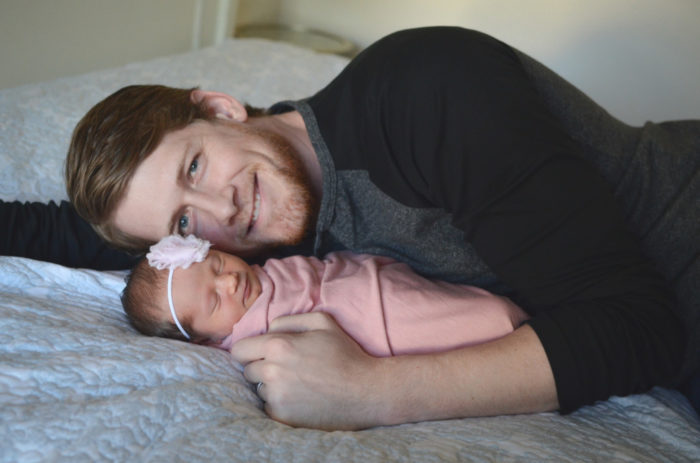 We now have two beautiful daughters and Ross manages to make time for both of them. He still drops his things when he walks in from a long day at work (as they run towards him) and gets down on the floor to love on his girls. He still helps me cook and clean and doesn’t fuss is I ask him to watch the girls when I desperately need some alone time. He soaks up every moment. He is present with them. He is kind and generous with his affection.

Callie loves to wrap her little arms around his neck and squeeze with all of her might… for at least 10 minutes straight. Emily loves to help him clean his golf clubs and wash his truck.

I can see it in his eyes. He views fatherhood as not only one of the biggest responsibilities of his life, but also the greatest joy and opportunity to provide for and to lead and to leave a legacy of love.

As the girls grow and we move towards the future, I know what kind of Daddy he will be, because I had one a lot like him. They are the dads dreams are made of. And it brings such joy to my heart to know what kind of man my girls will look up to for all of their lives.  I am so truly blessed. I pray this beautiful cycle of unconditional love continues in our family throughout the years and for generations to come. 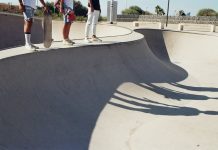 5 Random Ways to Prepare for Summer with a Teen 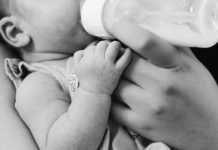 The Formula Shortage: Resources and How You Can Help Mamas in Need 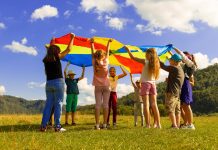