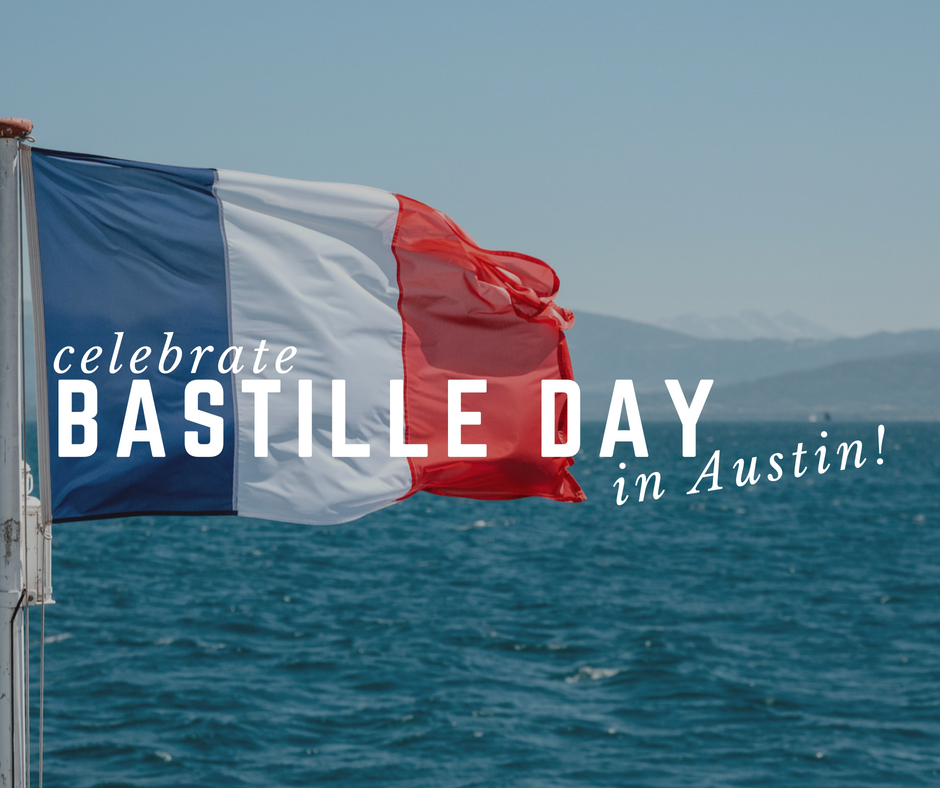 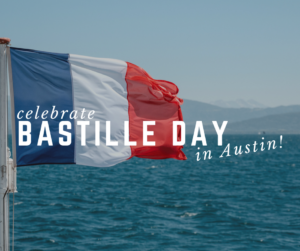 Where To Celebrate Bastille Day In Austin

Don’t pack your red, white, and blue away just yet! France’s national holiday, la fête nationale or la fête du 14-juillet, known to Americans as Bastille Day, on July 14, is a celebration of French patriotism. France doesn’t refer to their national holiday as Bastille Day because the holiday is about more than the storming of the Bastille prison during the French Revolution. July 14th was the day of la Fête de la Fédération, a celebration in 1790 that honored the new government and commemorated the one year anniversary of the storming of the Bastille. Not unlike our own Independence Day, Bastille Day has come to symbolize the three tenets of the French republican national motto: “liberty, equality and fraternity”. In France, la fête nationale (Bastille Day) is celebrated with the world’s oldest (since 1880!) regular military parade, fireworks and festivals of food. Here in Austin, there are quite a few places offering delicious French provisions in honor of our brothers across the pond.

You won’t want to miss out!

Antonelli’s Cheese House is offering a celebration of French cheeses, this is an RSVP event. You can add a beer or wine pairing with your cheeses or BYOB! Sounds like the perfect day date! (500 Park Blvd, Austin, TX 78751)

Easy Tiger will be serving brioche for the day due to Marie Antionette’s infamous quote “Qu’ils mangent de la brioche”. Translated to “Let them eat brioche” or as we Americans later butchered it even further-“Let them eat cake”. SPOILER ALERT: she most likely never said that at all, but its a great opportunity for a delicious snack and a fun history lesson with the kids! (709 E. 6th St, Austin, TX 78701 or 5001 183 Toll Bldg A Suite 100, Cedar Park, TX 78613)

If you’re looking to pick up some French sweets this Saturday, check out Crepe Crazy or La Pâtisserie. Want something more substantial? Austin’s French stand-by Chez Nous will serve a special a la carte menu that is not revealed until Saturday and Toulouse in Domain Northside will serve a special menu for Bastille Day along with its regular menu.

I can’t think of a better way to celebrate France’s appearance in the World Cup Final than with friends, family, and delicious French food!