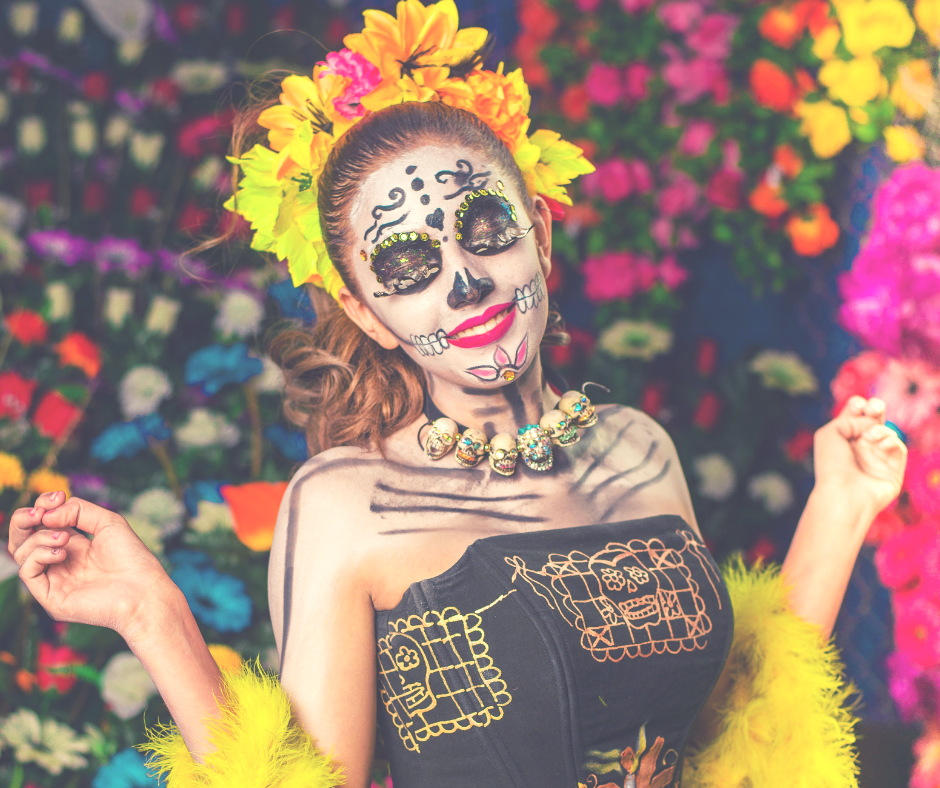 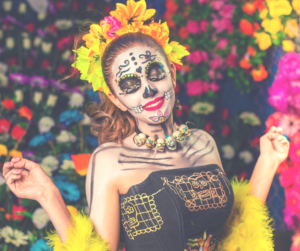 If you don’t celebrate Dia de Los Muertos, don’t worry. I’m not here to convince you that you should. I know there are a lot of mommas with a wide range of beliefs systems reading this, and celebrating a day of the dead may not resonate well with you. That’s ok. I don’t actually celebrate it either.

I’m an East Indian gal who had never heard of this holiday before meeting my Latino husband. However, now that I have married into a Latino family, I’ve become more aware of this Mexican tradition and have also come to appreciate some of its aspects. That’s what I want to share with you today.

Just in case you aren’t familiar with Dia de Los Muertos, let me give a brief overview: this is an indigenous Mexican holiday that focuses on gatherings of family and friends to pray for and remember friends and family members who have died. It starts on October 31st and continues through November 2nd. Generally, there are festivals and parades. The most common form of celebration is food dedicated to loved family members that people set up either in their homes (like the ofrenda that you see in the movie Coco) or picnics at the cemetery.

Now, why, you might ask, would people celebrate this day at all? Isn’t it kind of weird? Doesn’t it feel a little dark?

Truth be told, I’m not a huge fan of the Americanized celebrations of this holiday. In Austin, for example, we have a parade that can feel more like cultural appropriation rather than appreciation with people donning sugar skull face paintings, ponchos and tequila.

Still, there are three things that I’ve come to appreciate about Dia de Los Muertos. And even though we won’t be celebrating this holiday as a family, these three things are topics I will be talking about with my kids.

First, the emphasis on family.

If I’ve learned anything from marrying a Latino, it’s that family is everything. Nothing comes before family. There is a lot of love in this culture, not just for your immediate family, but for your tias and tios, abuelas and abuelos. In fact, the bigger the family, the better. If your aunt is sick in the hospital, it’s not uncommon for the entire family to spend whole days just sitting with her. If she passes away, they continue in their love for her by putting up her pictures, sharing happy stories of her life and, of course, making her favorite food on Dia de Los Muertos. When I think about this love for family via memory, stories and food, I’m convicted to care for my family more too. That’s the first thing I’ve come to appreciate about this holiday.

Second, their view of death.

The whole idea behind Dia de Los Muertos is that the dead can cross back over into our world on October 31 and share a special day with us. It’s like a reunion of sorts. With this idea in mind, Mexicans don’t see death as the end. There is some sort of life after death for their deceased relatives, and that can be a hope-filled thought. Though we never want our relatives to die, we can take comfort that there is something else for them after they depart. This life is not the end, and we will also see them again someday. I find that idea very comforting. I feel like it’s also an easy starting point for talking to my kids about death too.

Third, and finally, the practice of communal eating.

There’s a lot of food on Dia de Los Muertos, from sugary candies and baked goods to tamales. These items are often placed at the grave site. The common idea is that souls like to eat (who doesn’t?), and since it’s a celebration, it’s best to bring the whole buffet. This practice is partially out of respect and also as an offering of protection. But the point I’m trying to make is that, on this day, the family gathers round and not only eats together, but prepares people’s favorite foods. People are honored through food on this day.

I love to cook and, for most holidays, the cooking falls on me (no complaints here!). But this year, as I start to plan my Thanksgiving and Christmas menus, I’m not going to just cook some generic holiday food. I’m going to sit down and think through my family’s favorite dishes and include those in this year’s meals. I want to honor my family with my food.

Well, that’s it from me! Do you celebrate Dia de Los Muertos? I’d love to hear your ideas for culturally-appropriate appreciations of this day! 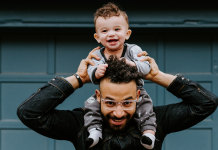 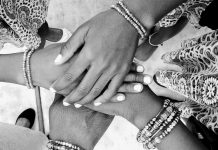 Juneteenth and How You Can Celebrate