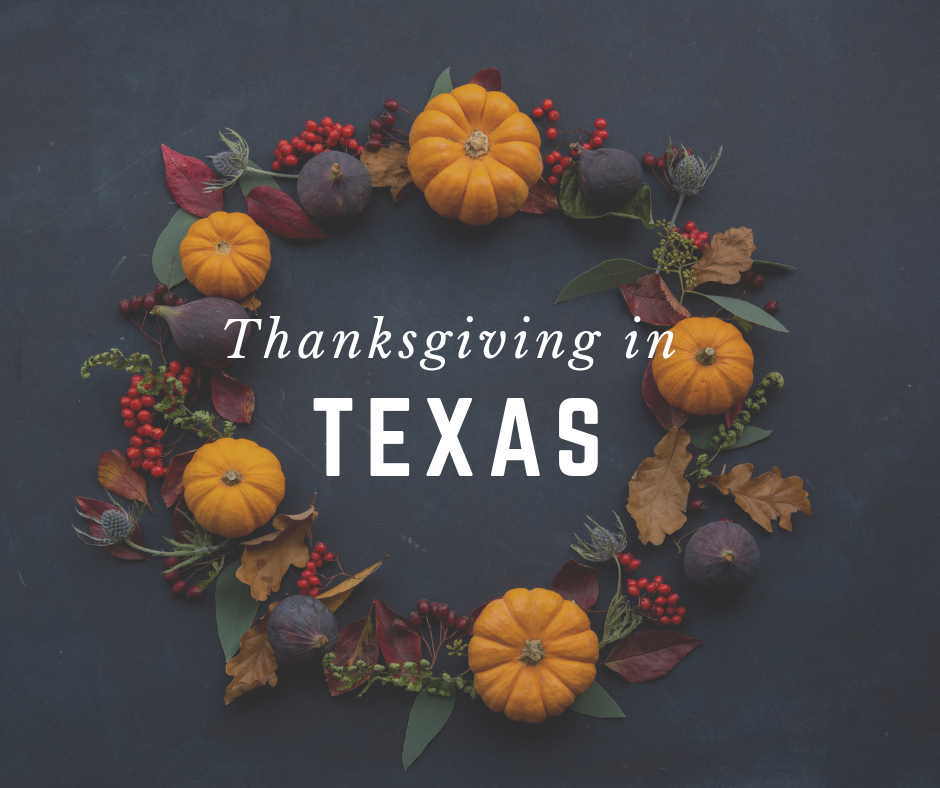 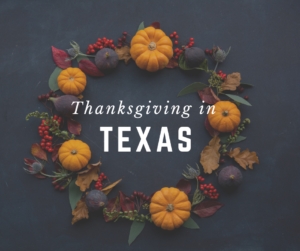 When I think of Thanksgiving, I think of food, family, laughter, pie, and FOOTBALL.

Pecan pie isn’t exclusive to Texas, but it is a defining characteristic of a Texan Thanksgiving spread. Football is no different. I can not recall a Thanksgiving that does not include football. No (Texas) football on Thanksgiving would be like serving only pumpkin pie on the fourth Thursday in November. Some people may not mind but the rest of us WILL. NOT. HANDLE. IT. WELL.

The Dallas Cowboys play every Thanksgiving, there are a couple other NFL teams that do too, but who really cares? I have very early Thanksgiving memories crowded in my grandmother’s tiny house. She was always the last to sit down after cooking all day, fretting over everyone. When we finally convinced her to relax and eat, she never joined us in the kitchen or at a pop up card table placed to hold the extra family members.

She would retire to her recliner in the living room, the one place with a clear shot to the only TV in the house, plate in her lap, to watch the game.

My poor Texan born and bred, hostess-with-the-mostest, mother has been scheduling Thanksgiving dinner around football games since at least 1996 when my middle sister moved to College Station to attend Texas A&M University. We were all quickly introduced to the craziness that was an Aggie Thanksgiving weekend. Bonfire, Midnight Yell, Thanksgiving and the A&M v. Texas game was almost a week long event. We attended Bonfire and the game as a family her sophomore year. I was in seventh grade and had grown up with a dream to attend SMU in Dallas. I didn’t tell her at the time, but seeing the camaraderie in Aggieland at Bonfire made my blood run maroon. That year we ate an unforgettable and pleasantly surprising Thanksgiving dinner at Golden Corral in College Station. That was one of my dad’s favorite Thanksgivings because we didn’t run around like crazy people cooking and cleaning for days.

He still suggests Golden Corral whenever my mom seems stressed about planning.

By the time I started at Texas A&M in 2003, the family was familiar with my sister and I making a mad dash to College Station and back every other year. However, in 2004 things got more interesting and brought even more football to our Thanksgiving holiday. My first date with my now husband occurred over Thanksgiving break. We had gone to high school together and we were both home on break. Our high school football team was in the playoffs and played in the Cowboys stadium. His little sister was marching in the band-at the Dallas Cowboys Stadium! S0, he invited me to come watch. Lucky for me, I was able to meet his parents AND grandparents on our very first date. <insert BIG EYES emoji> The weekend ended with the UT v. A&M game and we were back on speaking terms by Monday. We continued to date all through college and took turns attending the game at each other’s school. Some years were better than others. 2007 was particularly good, the day after the Aggies defeated the Longhorns, my sweet UT boyfriend proposed. Apparently, Thanksgiving dinner that year was particularly tense as everyone tried to keep the looming proposal a secret from me.

A&M leaving the Big 12 for the SEC has led to somewhat less contentious Thanksgiving festivities, but it also created a hole in our holiday that has yet to be filled again.

Thanksgiving is not without football but the rivalry in our house is greatly missed. There is still A LOT of football to watch from the Cowboys to the A&M v. LSU game and whoever Texas plays.

I’d like to send a big thank you to my mom, mother-in-law, and grandmother-in-law for allowing us to “eat and run” over the years so we could continue our football tradition. To the Texans participating in the football tradition whether you’re camped in front of the TV at grandma’s, tailgating, or eating at Golden Corral, I hope its a good one.

Enjoy the day with family, friends, and fellow fans but don’t forget the pecan pie.