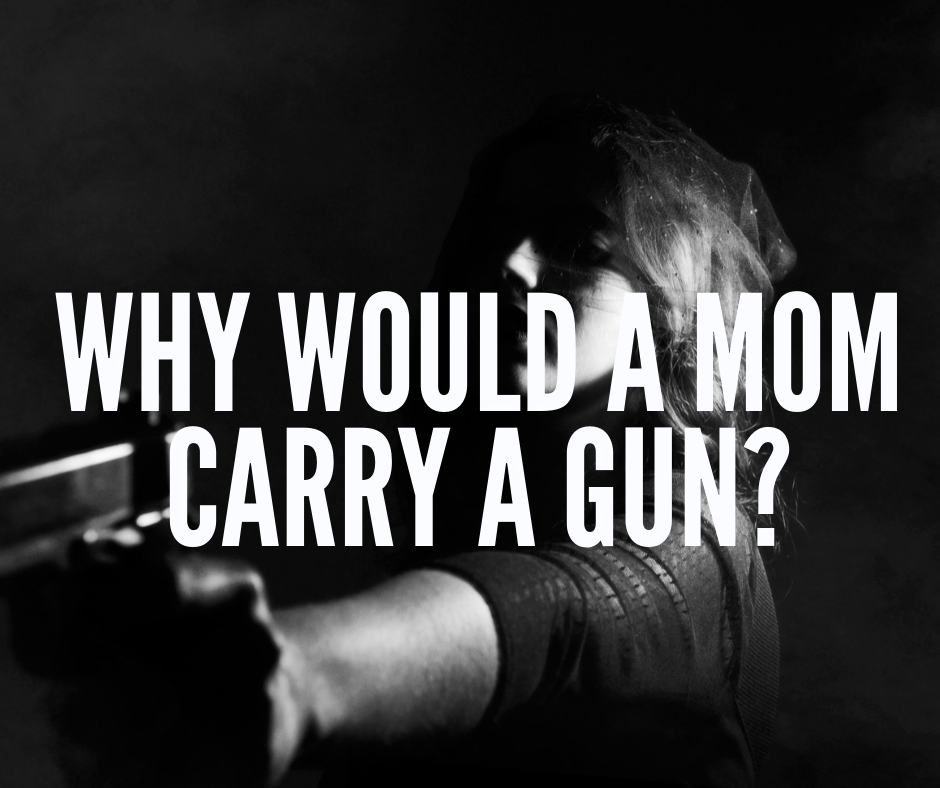 Why Would A Mom Carry A Gun?

I am aware that guns are a very controversial topic and before I start, I will preface this by saying that this post is not meant to offend anyone in any way. I am not trying to shove guns down your throat, but guns are a part of our lives and I am not shy about discussing that fact.

Until I had met my husband, I had never shot a gun. Growing up in a rural area I knew of people who had them in their houses, mainly for hunting, but my family never owned one. My husband, on the other hand, not only grew up hunting and on farms, but also has parents in law enforcement. When we met, he had recently graduated the police academy and over ten years later is still a member of the force. Guns were a part of his reality. He often spends time on his weekends training and, you guessed it, that includes firearms. As our relationship progressed, I went shooting with him once or twice but never felt it was for me. I honestly felt like there was nothing that could exist which I would be willing to take someone’s life for.

That changed when I became a mother.

When our oldest son was an infant an incident happened in North Austin where a woman was walking her baby and someone tried to steal the infant at knife point and the mother fell over her baby in an attempt to sacrifice herself. The attackers finally fled but the story shook me. I started doing research on violent attacks in the Austin area and the results were frightening. Since 2010 violent crimes in Austin have been on the rise each year, while our city police force continues to struggle with recruitment and retention. The FBI recommends that cities with a population over 500,000 have a ratio of 30 officers for every 10,000 citizens. Austin Police Department currently has 19 officers per every 10,000. The reality is I don’t live in the rural area I grew up in. But I didn’t come to a decision easily, I did a lot of research over different ways to defend myself.

I decided that I wanted to carry a firearm.

I didn’t take this decision lightly. I took multiple classes to learn the laws regarding firearm carry which truly impressed on me the responsibility that owning and carrying a firearm is, as well as classes to be proficient with my firearm. In fact, becoming a gun owner is one of the biggest reasons I support a lot of gun control measures. I had long talks with husband who answered questions for me all along the way. If I am out in public, more often than not, I am carrying, concealed, on my person (purse carry does not make sense to me personally).

I am open to discuss my reasons I chose this, how many firearms we have at our house, and where they are secured. Our children are aware of guns and we have had many honest conversations about them, even though they have not yet touched or handled one. Guns are not toys. They are dangerous and our children are very aware of that.

The truth is while owning guns may be controversial, I don’t think discussing them for the purpose of safety, especially of our children, should be.