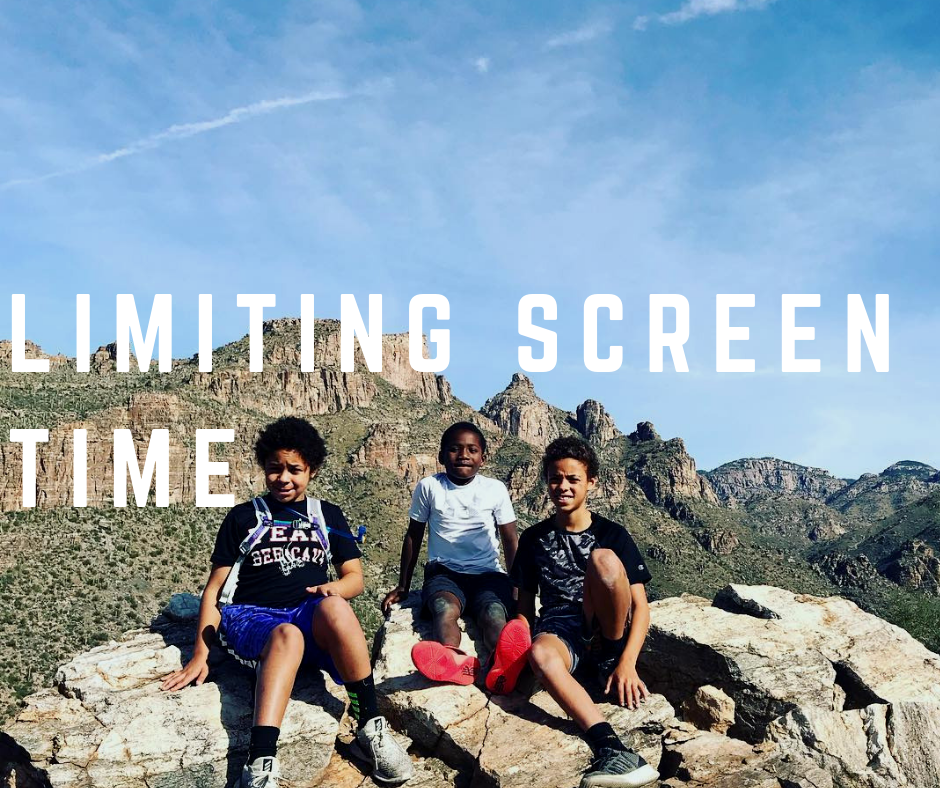 I grew up in the woods.  I mean, I wasn’t raised by wolves or anything like that, but as soon as my sisters and I broke free from school and chores we headed to the national forest behind our house and our world of imagination.  We called it the “Rainbow Forest” and in our fancies it was home to talking animals, witches, fairies, flying horses (picture banana seat bikes with streamers), and castles that, to the casual observer, were made from plywood, pallets, and pine bows.  We had a VHS player and a TV without cable, but we really didn’t use electronics very much in the home I grew up in.

Today, my six, ten, and twelve year olds are as much or more tech savvy than I am, and are definitely WAY ahead of where I was at their age.  But, learning to use my imagination, loving books, and being able to make eye contact with actual people, are gifts that my parents gave me that I’m determined to pass on to my family.

There is a definite time and place for technology and screen time, but for a lot of today’s kids, electronics are taking away from playing, physical activity, human interaction, and valuable life lessons.

As a mom, instead of researching the prescribed amount of screen time for a six year old, I’m constantly asking “what is best for our family?” and more specifically “what is the right thing for each individual child in my home?”

There’s more to it than a constantly changing or arbitrary standard issued by the CDC.

I realized my kids moodiness, distractibility, and attitudes are a direct correlation to what they watch/play on electronics.  They were finding it hard to stop playing games and were getting frustrated when screen time was over. My husband and I are pretty minimalist when it comes to screen time for our kids.  At our house, we never have the T.V. on just for background noise. We play outside, read books, play games, and stay enrolled in sports teams. My 6th grader frequently lists off the devices his peers have and with legendary protestation he reminds me “And all I get is a home phone!”  Yep, that’s right, my middle schooler doesn’t have a cell phone yet. If he wants to give his friends his number, he gives them the landline. If he gets home from school and I’m not home, he calls me from the handset to let me know he’s arrived.

I’m sure there are much more sophisticated ways of communicating, but this way he doesn’t have to keep track of an $800 phone, isn’t addicted to hiding behind a screen, and rarely has unsupervised access to the world wide web.

We don’t have xbox, playstation, Wii, or Nintendo either.  Our psychiatrist taught us that video games are much more addicting than movies, in fact, they are over stimulating to a lot of kids.  While a movie can be relaxing down time, video games do just the opposite. I was seeing a lot of negative attitudes that directly correlated with iPad use, specifically, time spent with Fortnite or Youtube.  My 3rd grader was setting an internal alarm and waking up in the middle of the night to sneak the iPad. After a few days of overtired, grumpy, bad attitudes, I pulled the plug and eliminated his Fortnite account and changed the password to the device.  While my other two sons still play Fortnite in small doses, I’m committed to doing the best thing for each child even when it doesn’t seem fair. As much as they complain, my kids love to fish, swim, play in the woods, jump on the trampoline, kick a soccer ball or shoot basketball.

There are lots of families out there that enjoy more (or less!) screen time than my boys get – and that’s okay…if it’s working for your family, keep doing it!  And, yes, of course, I’ve had moments where where I throw an iPad at everyone in the room under twelve and yell “Fortnite is your mother now!” while I run out of the room for a moment of sanity.  Road trips and airline flights are fantastic times to have a device as a distraction.

Overall though, I like my kids better when they’re engaged, laughing, talking, and exploring the world around them instead of hidden behind a device.

If your kids struggle with the transition from electronic devices to other activities, try eliminating screen time completely for a week or so and see if it changes their behavior, or if you see a difference in attitude.  After an electronics fast, you can add it back in as a privilege, and use a timer to limit exposure. You can also use screen time as something your kids look forward to because they have to earn it…for example, one minute of screen time per one minute of yard work.  Screen time should take place in a central, public area of the home so you can see what your child is absorbing – even with the maximum settings on parental controls. Movies are far less stimulating or addicting, so if you need your child to be distracted, consider a movie instead of video games.

There are so many brilliant things your kids can do besides electronics time!

Try reading chapter books aloud to your elementary schoolers – even my twelve year old perches on the back of the couch to listen.  Introduce game night…my children love playing spoons, catchphrase, memory, and Settlers of Catan to name a few. Play outside – build a fort or teepee, hunt for frogs and lizards, ride a bike, go fishing.  Make schoolnights screen free, or, choose to use ipads in the car only. Whatever your method or reasoning for limiting screen time, I promise your kids will be better for it!

What do you think about limiting screen time? 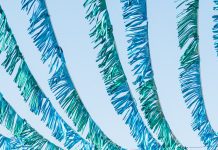 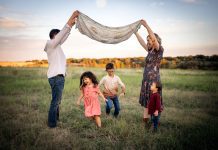 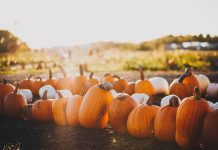