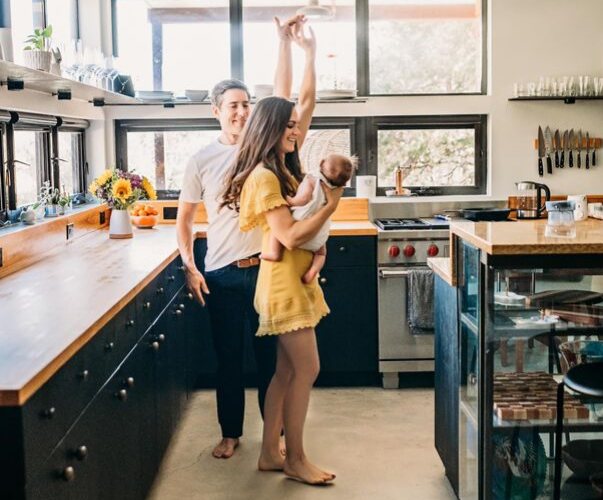 When my husband and I got married 6 years ago, we didn’t have a television.

This wasn’t initially a choice we talked about and made for a specific reason; honestly, we just didn’t have the income to purchase one. I had my laptop from undergrad, and if I wanted to watch something, I would. But even then, when we moved to Austin, we didn’t have internet, so we didn’t watch much. We did borrow a projector from my in-laws and would occasionally hook that up to my computer, but it took so much work that it wasn’t an every-day or even every-week occurrence.

Then we found a TV in the garbage outside our apartment, found it worked, and started watching it. I was only working part time, and in my free time I’d have it on as background noise… usually on HGTV.

Later, we bought a newer TV from my husband’s co-worker. It was larger than any television I’d had growing up, and it ended up taking the position of, for lack of better term, honor in our living room. We started watching shows together. First an episode a day, then more. Yep, we became Netflix watchers, getting annoyed when the site would ask if we were still watching. Of course we’re still watching.

Then we bought a bigger (still used) TV. It went up on the wall, dominating our living room in our small duplex. We watched show after show. Movies every Friday night. We’d stay up later than planned, and we didn’t talk or adventure the way we did when we first got married.

Our daughter was born in November of last year. I started spending lots of time on the couch because it was a comfortable spot to nurse, and of course, the TV would be on.

Then we checked out Chip & Joanna Gaines’ book, The Magnolia Story. For some background, see my bio or the blog post where I introduce myself, but as a quick explanation, my husband, Daniel, and I (along with his family) have gotten into fixing up houses. We have done 2 here in Austin and 2 in Harlingen. We hope to do a lot more. So, naturally, we want to learn everything we can from the King and Queen of flipping, Chip and Jo.

We listened to this audiobook together, and upon hearing their story of the fact that they don’t have a television, we said to each other… “we should get rid of our TV.”

So when we got home, we took down the TV, sold it, and put up a mount for Daniel’s guitar. We’ve started making music together again, both of us singing and him playing. We’ve both read a lot more in the last 8 months since getting rid of our TV than we had in the last 3 years. Daniel finished an online class and got his realtor license! I’ve had more time to write, clean, cook, and… most importantly, play with my now-9-month-old daughter.

One of the best examples that comes to mind is of folding laundry: before disconnecting the TV, I would have turned on a show; now I turn on music. This has developed into a time to turn on Disney songs and dance around wildly, making my little girl giggle like crazy.

We are having more conversations about our marriage, our hopes, our dreams. We communicate better. We learned to play some new board and card games, and have put together a few puzzles. We have gotten so much more done on our duplex than we would have if we had that giant screen on our wall! We also really rest. Rather than sitting down and turning on the TV, I’m more inclined to actually take a nap, or go to bed earlier… something much needed with a 9 month old in the house!

And our daughter, while interested in televisions because of the moving colors and sounds, isn’t well-acquainted with what the screen means.

We don’t want her to grow up with the TV being the centerpiece of our home, because we want our centerpiece to be our family and our faith.

We want our pastimes to be active ones — hiking, camping, biking; and productive ones — learning, reading, baking; and social ones — hosting friends, playing board games, actually talking to each other.

I want to be careful to add that this setup works for us, and might not for everyone. On top of that, it doesn’t require throwing the whole thing out to intentionally choose other pastimes, but it was the easiest way for us.

What can I say, I’m an all-or-nothing type person; I do better with full-on fasting than portion control.

Maybe in the future we will want a TV again, or yes, even need one to entertain the already wild 9 month old we have as she gets older, but at least this time is serving to show me that there are so many other things I could do than turn on a show. 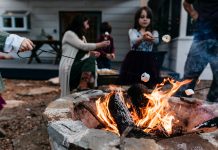 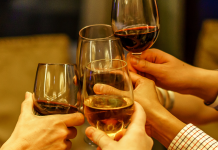 Breaking Bread with Your Neighbors 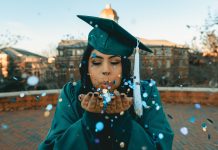