Hello Austin Mamas! I’m thrilled to join Austin Moms as a Contributing Photographer and share my passion with all of you!

I grew up in a small town in the middle of the woods in central Michigan. In the summers, we rode dirt bikes, swam in the lakes and chased each other around our neighborhood. In the winters, well, we really didn’t do much of anything during the cold and dreary winters. It was the winters that drove me away! I do miss the summers though.

And fall. If you don’t know what fall smells like…you’re really missing out.

I earned my degree in Sports Management from Central Michigan University in 2010 and got the heck out of the mitten. My first stop was Florida where I worked for the Detroit Tigers spring training and minor league facility. Then I packed up and headed the opposite way across the country to South Lake Tahoe, California to work at Heavenly Ski Resort. It was the most gorgeous mountain town I’d ever laid eyes on!

I spent 3 years there snowboarding all winter, enjoying the lake all summer, oh, and working occasionally 😉

But soon my love for baseball began calling again and, on a whim, I applied for a sales position with the San Francisco Giants. I landed the job and headed to the Bay Area in 2012. As luck would have it, the Giants faced my hometown Tigers just a few months later in the World Series! I was sad they lost but the Giants gave me a big ol’ World Series ring (2 actually!) so I’m not complaining.

In 2014, while at a pool party in Santa Cruz, I noticed a cute guy walk in the door. I later found out the cute guy (aka Zach) played minor league baseball for the Tigers while I was working for them in 2009!  We were both at the same place at the same time and never met. Small world, huh? Zach and I bonded over our similar backgrounds and our love for music festivals. We had a whirlwind romance and moved to San Diego together after only dating for 9 months. We got engaged and then married in 2016.

In 2017, we got pregnant with my daughter, Amelia. My pregnancy was a tough one tortured by Hyperemesis the entire 9 months. I was extremely sick up until the day I delivered but every second of it was worth it. I gave birth to Amelia in February 2018.

The moment she was laid on my chest was the best moment of my life.

I never envisioned being a stay at home mom but there I was wanting nothing more than to look at my beautiful baby all day long. I was obsessed with her.

I discovered my passion for photography during these early days of her life when I realized I was taking thousands of photos of her a month. Did I mention I was obsessed with her? It wasn’t until we moved to Austin, Texas in June 2019 that I decided to just go for it and open my business Lauren Samuels Photography.

We have fallen for Austin in the short time we have been here. The best part has been all the mamas who have welcomed me into their tribes. I feel at home and happy here. We hope to put down roots and expand our family soon. We’ve been trying to get pregnant since April 2019 but sadly had a miscarriage in January at 8 weeks along.

To say I was devastated is an understatement. Luckily, I was supported by all my loved ones and am hopeful our little rainbow baby will come to us soon. 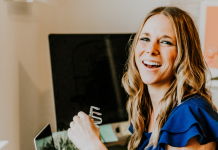 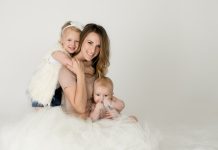 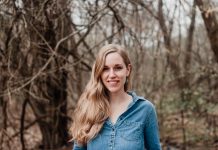 Second Saturdays are for Families