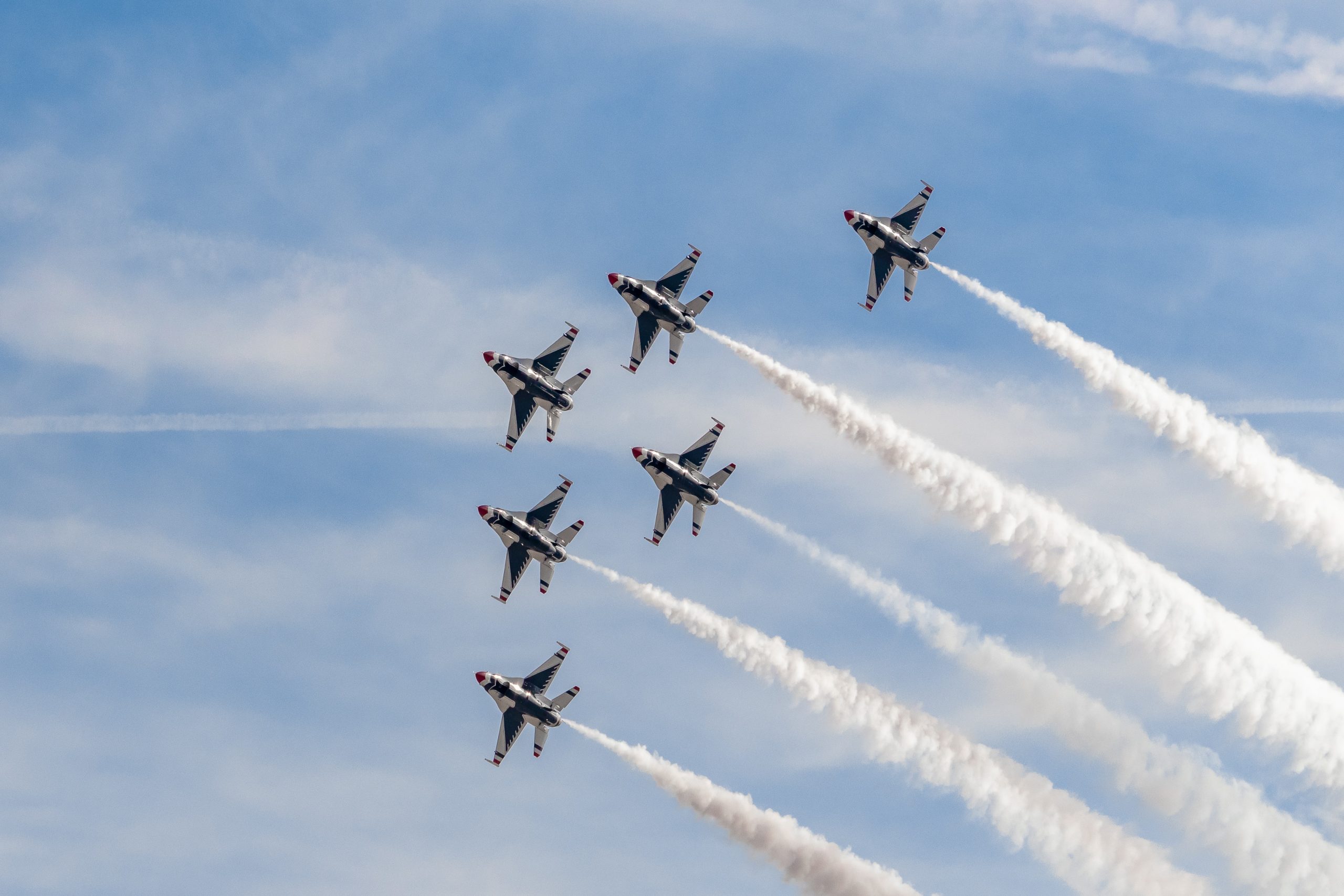 Potential bad weather caused the U.S. Air Force Thunderbirds to move their planned Austin flyover from Tuesday to THIS Wednesday, which is today!

The demonstration group will now perform its flyover as part of “Operation America Strong” at 3:40 p.m. Wednesday. The U.S Air Force Thunderbirds were originally scheduled to buzz over the city at 2:30 p.m. Tuesday, but storms forecasted in the area necessitated the switch.

Here’s the flight path for the Thunderbirds! 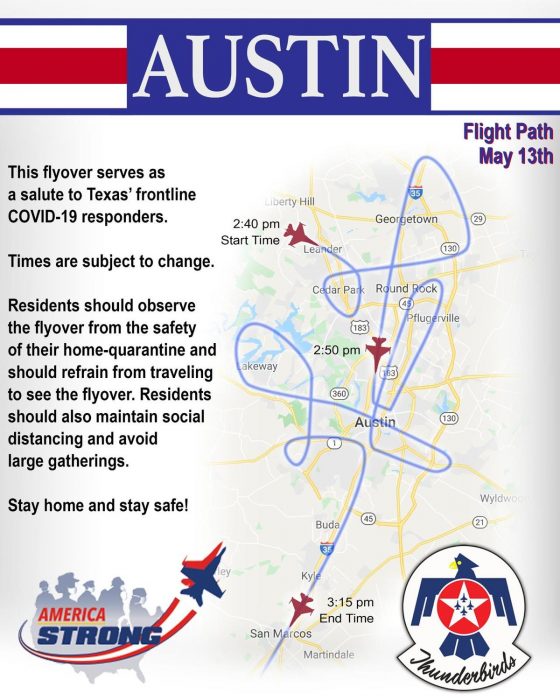 The team will start its Texas flyover in San Antonio at 1:20 p.m., and it’s expected to last about 30 minutes. They’ll make their way north to the Austin area and spend about 25 minutes over the city.

“Operation America Strong,” featuring the Thunderbirds and U.S. Navy Blue Angels flying over U.S. cities honoring health care and other frontline workers during the COVID-19 pandemic has been going on since late April.

A joint flyover with the two teams was scheduled for Austin, but after several scheduling changes that included just a Blue Angels flyover, to then none at all, it has turned into the Thunderbirds coming to town.

Other fun things that your children can enjoy during the social distancing era is the release of Pixar’s cooking channel! 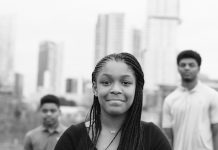 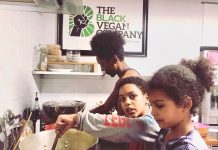 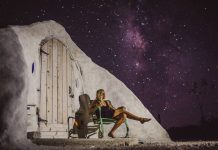 Treehouses, Teepee’s and Floating Cabins, 15 Texas glamping spots you have to visit