My daughter saved my life. She’s only 27 months but I can honestly say that it is largely because of her I chose not to continue on the path — no, highway, going 90 mph — of self-destruction I was on. She may not have saved my life the way a doctor saves a patient in surgery, or a firefighter pulling someone out of a burning building, but it’s because she exists I am able to say, “I’m a recovering bulimic.” And this is my eating disorder recovery story.

Trigger warning: I talk openly about my eating disorder & recovery.

My eating disorder journey began in high school, and I struggled on-again-off-again with it for 10 years, but when I was pregnant, though I had a hard time keeping things down because of terrible nausea and a body that has always purged things easily, I was not making myself purge.

When my now-toddler was born, I was primed for a huge relapse in my eating disorder. Let me set the scene:

Throughout pregnancy I heard how “cute a pregnant lady” I was and how tiny my belly was, and how “it’s going to be so easy” for me to get my “body back.”

I was home a lot, with a small baby who slept a lot, and nursing and hungry all the time.
That same baby woke up to nurse at night, and I woke up starving.

I would get out of bed after she nursed & fell asleep again, go to the kitchen, and binge on everything in sight. Then I’d purge. Rinse & repeat. No one knew because everyone else was asleep.

Then I started exercising religiously. I had to get in the right amount of steps, close the rings on my watch, etc. every day or I’d feel guilty. I even stood and marched while my husband and I watched a movie one night because I was so desperate to make sure I met my goal.

Next I began restricting. I’d limit what I could eat, including eliminating whole food groups, and told myself this was good because I was being “healthy.”

It got so bad that I had bruises over my vertebrae from doing exercises on my back, and these turned into scabs. I had no body fat. I miraculously was still able to breastfeed my nearly-1 year old, but I still didn’t have a period.

The beginning of my recovery journey was the place where a few specific events happened in quick succession that made me realize I couldn’t keep doing what I was doing but I also didn’t know how to stop.

One of those events was when my daughter woke up from a nap, while I was purging in the bathroom, and I was flooded with rage that she interrupted my ritual of sorts. I could hear her calling out for me from her room, but I couldn’t go until I was done purging… or could I?

Could I recover from this disease so that I could actually be there for her when she woke up from her nap, to snuggle and play without the shame and anger that usually filled me because of my secret? Could I get to a place of fueling my body in a way that gave me strength to do my job, the ability to focus on something other than food, and enjoy the fresh-baked cookies I just made with my daughter?

I knew I had to try… for her, and for my health.

And so here I am, a year and a half later, recovering. 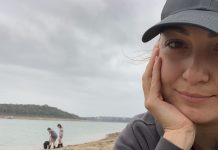 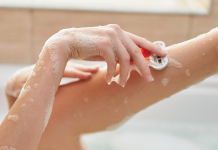 Help! Is My Daughter Ready to Start Shaving?