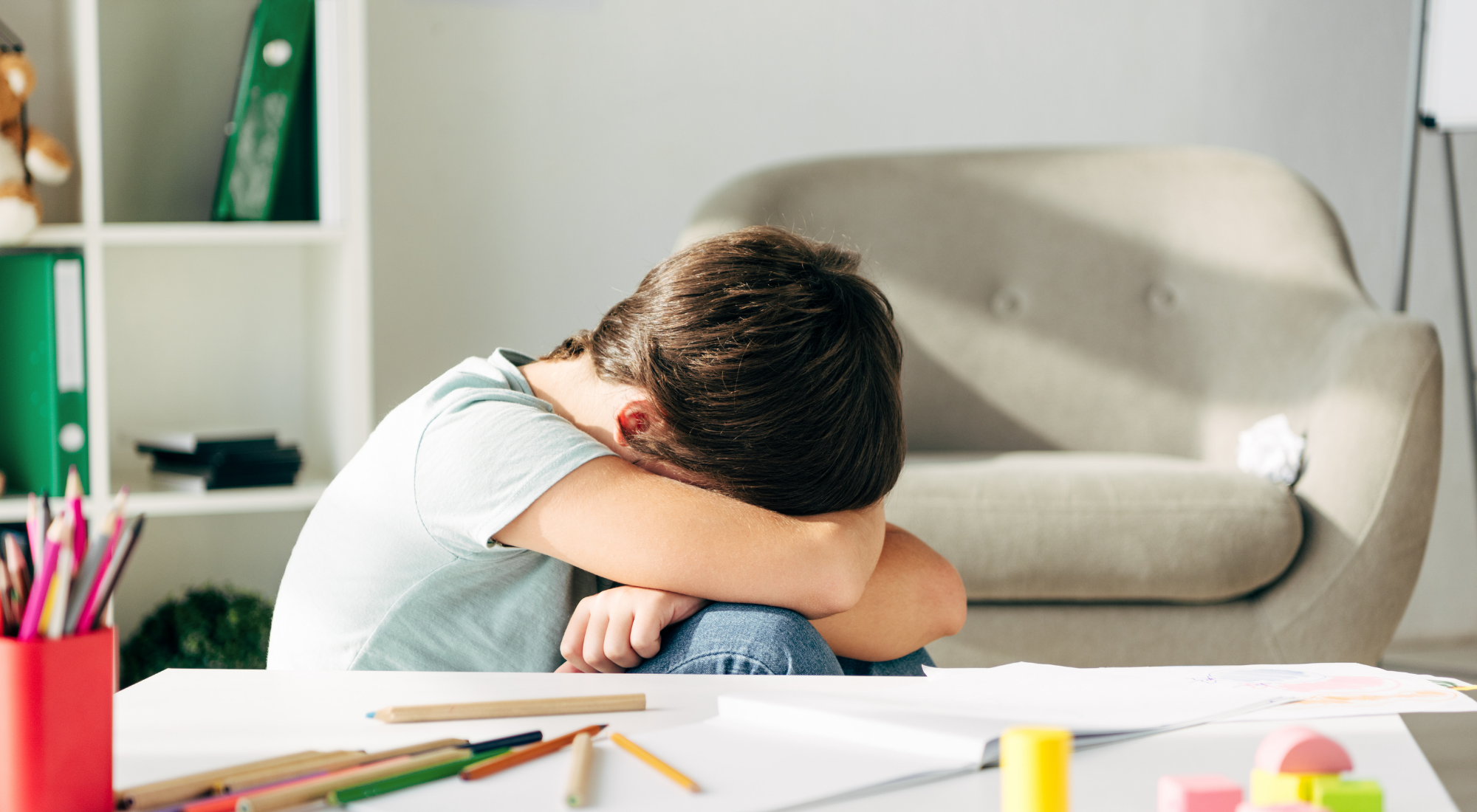 Take note of early signs of Dyslexia for an earlier diagnosis | Breakfast, Lunch and Dinner are hard for us. Not the actual meals. I have, what I call, the opposite of picky eaters. Green beans and brussels sprouts? My kids love them. Big ole burger, or a juicy steak? We do that too.

But remembering which meal comes first, second or third in the day, or which word represents which concept, is a challenge for my just-turned-ten-year-old. She mixes up her words all the time. Processing difficulties with sequencing is a common manifestation of her Dyslexia.

What makes the diagnosis so frustrating sometimes (one of the many, many things) is that her intelligence level is off the charts. People tell me all the time “They’d never know.” And I know they mean well. But to me, it’s just so obvious that her learning difference is just that, a difference – not an inferiority. Not a disability.

RELATED READING :: IEP or 504? How to Know the Difference and Advocate for Your Child

She is emotionally and socially mature. She draws connections like nobody’s business and this morning in particular, she drew a connection that left me dumbfounded.

“Mom. Breakfast is in the morning so it’s the initial meal. Then lunch, that’s in the middle of the day, and the word for that is medial, like middle. And dinner would be final – because it’s at the end of the day.”

And I laughed. Because in my non-dyslexic brain it makes so much more sense to “just memorize” Breakfast, Lunch and Dinner – three simple little words. Words she’s known (even if confusedly, since she was a toddler). But for her – it makes more sense to take the longer, more scenic route. To associate each word with a much more complex word, and then to designate that one back to the concept and then reapply the broader concept back to the common terms. This is a beautiful example of why someone who struggles with processing and sequencing is no less intelligent than others, but differently so. Their brain, truly, is just wired in different ways. And, dare I say, more interestingly and beautifully.

When Analee was four years old, I had the good fortune to be able to stay home with her for the pre-k year. It was before I was a teacher, but I put my Education degree to good use with her. We played all of the educational games. We counted everything in the car, we drew letters in the sand, I read to her day and night. We talked all day long, and in great detail, about everything. I was excited to think about how “ahead” she would be in Kindergarten. And this was a welcome relief of a feeling because only a year earlier, I was worried about her delayed speech and what it could mean.

Fast forward two years. She was struggling in kindergarten but I didn’t really know it. I could sense it occasionally, though there wasn’t any concern being voiced by her teacher, so I made the mistake of assuming that no news was good news.

I came to the end of the first semester student-led parent conference. Each table had parents listening and their excited kindergarteners showing off their portfolio of work from the first semester. Analee was just as excited as the rest of them. She loved showing her doodles, and her creations, and her space. But when I opened up her “writing notebook”, most of the pages were blank. Some of them had just scribbles. No discernable letters. No traced shapes. No numbers or simple words. I was shocked, and immediately I knew something was wrong. I could feel the tears well up. How and why was she getting away with no completed work? Was her teacher helping her? Was she teaching her? I didn’t have one teacher email, not one missed call home from school… Was she falling through the cracks?

I did the best I could to fight the tears off and just smile at my little girl. I hugged her and told her I was so proud of her. I went home and emailed her teacher, and scheduled a meeting with the school’s administration.

The truth was, I was mad. I was mad that her teacher didn’t seem to see cause for concern. After our meeting, she admitted that Analee was extremely challenging for her, and that she was concerned and had been. And that she should have reached out.

What she shared with me about Analee’s struggle made me push for testing. I wanted answers. And so I met with an administrator about it. This next part of the story is one that will haunt me forever. I will never stop wondering what could have been if this conversation went differently.

Our assistant principal talked me out of testing Analee. She gave an eloquent, convincing and reasonable explanation. So much of what Analee was displaying in the classroom is “developmental”, she said. It’s “very challenging to qualify for services” at this age, she reasoned. She “still has time”, you know.

“She’s going to surprise you,” she confirmed. “If you still feel strongly next year, or second grade – we can test her then.”

I don’t think she meant any harm. And I don’t know what she could have possibly stood to gain from denying my testing request. But I know what Analee would have gained.

I am sure the assistant principal believed her own position. But she didn’t know my daughter. She hasn’t watched her in the classroom. She hasn’t reminded her the days of the week or the alphabet for two years, almost daily. She hasn’t felt the overwhelming feeling of guilt and powerlessness that a parent feels, wondering if their child is getting what they “should be getting”. And, for some reason, despite all of that – I took her word for it. And we didn’t test her.

Her timeline, as I was beginning to realize, was different. But she didn’t just not progress much academically. She drastically regressed socially, and emotionally. Her spirit was broken. She believed awful things about herself – and no matter how much I tried to convince her otherwise, she felt, in her words, “dumb”. She learned to dissociate, became a master at avoidant strategies, and built a wall around herself. I’ll never unhear the sobs between my then-8-year-old’s mutterings of “It’s so easy for everyone else, Mama. Why is it so hard for me?”

Testing her sooner, and getting the diagnosis would have allowed for more immediate intervention and appropriate services. It would possibly have saved us from the painful decision to retain her in first grade. And so many tears. It would have saved her the embarrassment of being the oldest kid in her grade, by a full year – who constantly had to explain to her peers why she was in first grade, for a second time. It would have empowered her, given us tools, and an explanation of why things were happening.

Fast forward another couple of years – Analee and I are both (me as a PE and Yoga teacher) at Rawson Saunders – a private school for dyslexic students. She is receiving the kind of specialized care and attention, the kind of small class sizes, and the kind of boost in her confidence that she requires, and deserves. She is where she needs to be.

After teaching, devouring blog posts, books and attending conferences – I know a lot more about dyslexia now than I did years ago. What seemed to have blindsided me when I showed up to that parent conference in kindergarten should not have. The signs were all there. I wish I knew them. I wish her kindergarten teacher, and the administrator I met with knew them too. Between 5 and 12% of kids are estimated to have dyslexia in the US, but only about 4% of them are diagnosed. Girls, disproportionately less so.

It’s important to know that while many of the signs of early detection in Dyslexia are also developmentally fundamental, there are early signs. And if you see them in your child, I hope you educate yourself further, and I hope you advocate for your child. And when your gut is telling you that you need to call in extra help – I hope you do just that. 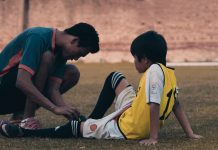 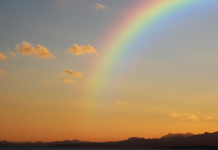 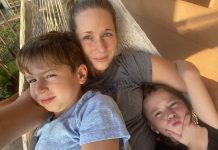 10 COVID Tips From a Single Mother