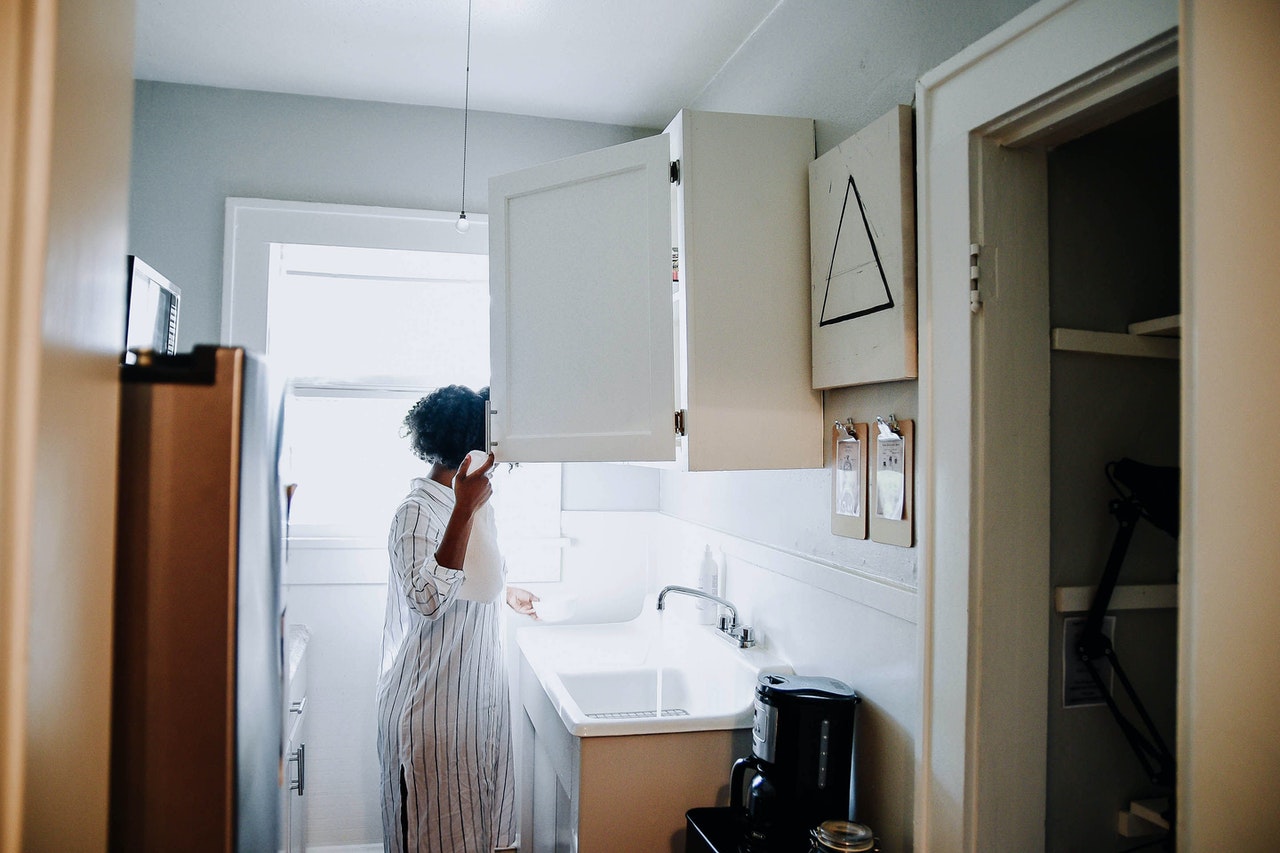 As I watched the first episode of Netflix’s MAID, a series on domestic abuse adapted from Stephanie Land’s memoir, I couldn’t help but wonder if someone downloaded images from my brain and transferred them directly to the screen.

By the end of show, I wanted to write the producer and ask why I hadn’t received credit for my contribution to the film!

I was not surprised to see a show that highlighted domestic violence, but I was surprised to see it portrayed in ways that amplified the effects of emotional and mental abuse, rather than simply focusing on the physical.

I was intrigued by how it homes in on the aftermath of leaving an unhealthy relationship and what that means for a mother’s childcare, finances, health, education, and career.

The truth is countless women have gone through or are going through the events that characterized the main character’s life. Countless women continue to struggle to navigate the system after leaving an abusive relationship.

One aspect of the series that caught my attention was how the main character, Alex’s story was more about how her life was affected after leaving her abuser, Sean, and entering the DV shelter.

I thought it was interesting how the actual abuse was caught in short, yet profound glimpses. It wasn’t the typical punch or slap in the face.

It was punching a hole in the wall beside her to inflict fear.

It was breaking glass that left her picking shards out of her daughter’s hair.

It was belittling her for the way she cared for her daughter while battling depression.

All of these actions point to one thing – an abuser’s attempt to dominate and establish a position of power over their victim.

When my children were young, I wrestled with guilt at the thought of walking away from the place they knew as home. Most of that guilt originated from my father’s absence in my life. I never knew the man, so I never wanted my children to grow up in a home without both a mother and father. I did not want them to grow up with the issues I suffered due to the stories I told myself about being a fatherless child.

At all costs, I wanted to preserve the idea of family I had constructed in my head.

One night, an argument was brewing. I remember being yelled and screamed at while I was sitting on the bed. My second child was only about six or seven months old at the time, but he crawled up to my side and grabbed my arm. As a baby, he could sense my fear, and in some strange way, he was trying to protect or console me.

Imagine a child comforting his or her caretaker, rather than the other way around. I could not bear it. 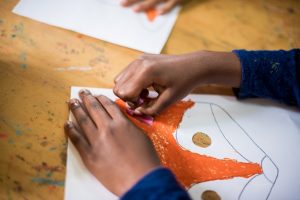 I could not raise my children in an environment where their mother was being humiliated and disempowered.

While my decision to leave brought on fear of the unknown, what I feared most was the psychological and emotional harm my children would face if they grew up in a dysfunctional home.

Long after the bruises and scars fade away, victims of domestic abuse are often left with the mental and emotional damage that cannot be seen with the naked eye.

Although it’s been 10 years since I’ve experienced any form of physical abuse, every now and then, I am reminded of the words that crippled my self-esteem and ruined my confidence for many years after the relationship ended.

Statements like “No man will ever love or accept you the way I do,” and “A lawyer is no job for a woman, that’s too much power for you to hold,” and “You’re crazy! No wonder your father left you,” all lingered with me after I physically removed myself from the situation.

I could not separate the lies from the truth, no matter what friends, family, or even mental health professionals said to me.

Although I would eventually move on to establish financial independence, finish my undergraduate and graduate degrees, and thrive in a new city with new friends, I still struggled psychologically with the trauma I experienced.

Luckily, I received an extensive amount of therapy during my 11-month stay at a women’s shelter, as well as counseling services that were offered free of charge at my university.
Even as a grown, 33-year-old woman, I still struggle to write this.

Thoughts like, “Will this offend someone?” “Will I get someone angry about this?” and “Will this resurface unwanted communication?” But honestly, f*ck that.

I know my power, I know my strength, and I will never hand that over to any living person on this planet ever again. Ever.

Never Allow Someone to Use Your Mental Health Against You

One of ways I was psychologically harmed was by being called crazy or being accused of having “something wrong” with me. It wasn’t just a simple, “girl, you crazy!” It was a phrase that was constantly reinforced whenever a conflict arose. It was repeated so much and with such aggressive tones that it ultimately served its purpose – to convince me that I was.

What I didn’t know at the time was how pregnancy and childbirth affect the child bearer. I didn’t know about postpartum depression. I wasn’t fully aware of how the transition from womanhood to motherhood was taking a toll on me mentally and emotionally.

Instead my anxiety and depression were used to try and build a case that I was an unfit mother, even though I was trying to make sense of my new role while navigating an unhealthy relationship.

Looking back, I was having a normal response to a toxic environment and only when I walked away from it did I learn about the cycle of domestic abuse.

Caring for my mental health was not possible until I left. My attempts to change the other person or build inner strength to withstand the abuse were futile. Healing was a journey that I could not embark on until I decided that I wanted better for myself and my children.

While I am still on that journey, I know now that there is no shame in being human.

I learned that many women and mothers share the same struggles I went through. I learned that no one deserves abuse or any kind, and that includes those who are most susceptible and vulnerable to it.

Creating a Life Plan and Building a Support System After Abuse

As shown through Alex’s story in the Maid series, life after leaving an abusive relationship is difficult to navigate, especially if the mother lacks the resources needed to sustain herself and her children.

While no one enters a partnership or marriage expecting to separate, it is important to always have a stable life plan to sustain yourself in the event you do. When I arrived at the women’s shelter back in 2012, I didn’t have anything except a car seat and the clothes on my back. While the police helped me retrieve some things, most of our belongings had been discarded. I literally had to reconstruct my life from the ground up because, at the time, I was financially dependent upon another person.

Luckily, the DV advocates at the shelter helped me tremendously on my journey back to self-sufficiency. While not every person who leaves an unhealthy relationship will require immediate shelter, having a support system of friends, family, and loved ones will make the process easier.

There’s a saying that time heals all wounds. But healing looks different for everyone and even after time passes, certain triggers can activate painful emotions long after the event occurs.

The good thing is trauma does not have to define who we are as individuals.

As long as we have breath flowing through our body, we have the ability to forge a different path and create a life that aligns with our core beliefs.

Since our beliefs drive our thoughts and decisions, we must learn to examine those beliefs and make sure they lead us to the life we desire, including partners who are beneficial to our well-being.

I knew I made progress along my healing journey when I could tell my story without tears flowing from my eyes. I was no longer emotional, hurt, or angry about the past.

Now, my past helps me make better decisions about the people I allow access into my life.

It helps me set boundaries and hold others accountable for how they show up in my life. It helps me take responsibility for every thought, word, and action that flows through me.

Through those lessons, I’ve learned that our greatest strength lies in a simple choice. The choice to leave a harmful relationship may not seem so easy in the moment, but in hindsight it will be the best decision you’ve ever made for you and your children.

Note from the Author: During my healing journey, I wrote Pink Lenses: A Roadmap to Dating Safety and Domestic Violence Prevention. This book serves three purposes: to help recognize red flags of domestic abuse, to help navigate leaving a harmful relationship if you or someone you love are in one, and to help live beyond the pain and trauma after the door is closed for good. It’s great gift for a loved one in need and for teens/young adults to learn how to date safely.

For more information about domestic violence prevention and to read more about my story, visit www.browngirlcentered.com/shop to purchase Pink Lenses: A Roadmap to Dating Safety and Domestic Violence Prevention. 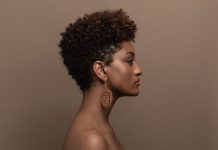 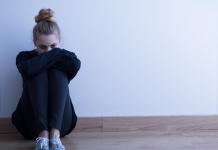 He Never Hit Me: My Experience With Domestic Abuse