I’m a PE teacher at a school that holds class outside – and on rainy days we have to pivot and go indoors (we don’t have a gym.) Normally our fun and games turn into a lesson – and health and nutrition primarily take a front seat.

However, recently, my male counterpart shared an interesting lesson plan with me.

Included was a PBS documentary about Babe Didrikson Zaharias, an American athlete widely regarded as one of the greatest of all time. She excelled professionally and on the world stage in golf, basketball, baseball and track and field. Even more impressive than her ability to do so well in so many disciplines, was the fact that she did it in the 1920’s and through the 1950’s – a time where women’s sports were not common, supported or promoted.

He shared with me that he liked to start the lesson off by asking students to list some names of athletes who they consider to be some of the “greatest”. Next, he explained, he would ask them to identify what most of the names had in common – leading them to realize they listed mostly males. “That’s when I usually point out to them their internal bias,” he explained, “And introduce Babe – who is REALLY one of the greatest athletes of all time, male or female.”

I was intrigued. I was excited to learn about this athlete myself and I was even more excited to promote women in sports. I knew this would open the door for conversations about equity, equal access, and sexism. I loved the idea of empowering all of our students to identify inherently unequal systems in any form.

I began the lesson with my fourth graders exactly the way my colleague had suggested. I asked them to list the names of great athletes. As I’m facing the whiteboard, scribbling names, my students behind me shout out a stream of names.

Okay…. I write their names. They come up with more.

I couldn’t stop smiling. My plan was foiled, but this was even better. They DO consider female athletes as some of the greatest. The sweetest piece to this puzzle was the fact that my male students were chiming in with names of female athletes, too.

While times have certainly changed and we are closer than we’ve ever been to true equity in sports – there’s still so much work to be done. One day soon, with the commitment of ours and future generations to promote women in sports and fight for equal access, will result in women’s games being as well-attended, well-promoted and have as much earning potential as their male peers.

For now, we can relish in and celebrate some of the more recent advancements on this front and remind our daughters that they are just as capable, gifted and talented physically as their brothers. Here are just some key points of progress from the last year:

Here are some great programs in Austin that promote girls in traditionally male-dominated sports. Sign up your daughters! 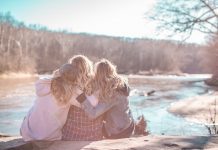 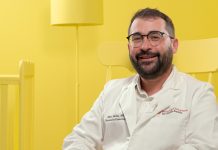 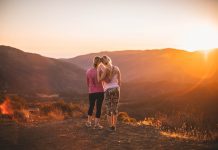