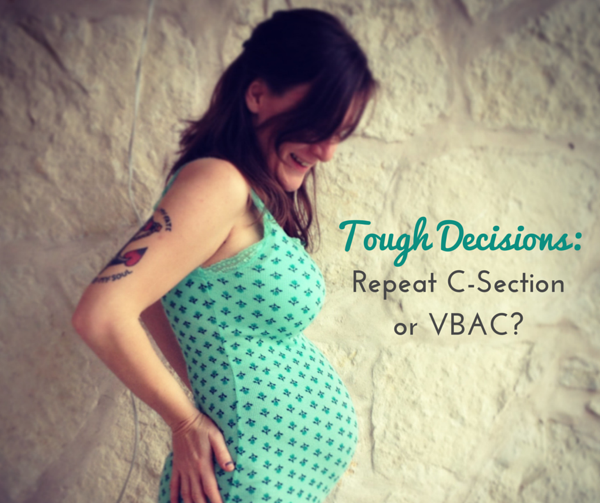 When I got pregnant with my son, I knew I wanted a natural birth.  It was never even a question; going the all-natural route just felt normal and, well, natural.  So I hired a doula, got a midwife and planned my peaceful little birth-center birth.

Well long story short, after laboring for over 25 hours and unsuccessfully pushing for an hour, I transferred to the hospital because my little guy (who we later learned wasn’t little at all, weighing in at nearly 11 pounds) was trying to come out ear-first and it just wasn’t working out.  I was exhausted, he was stuck, and his heart rate was doing funky things nobody was comfortable with. After a 20-minute ambulance ride, during which I was by myself in the back (stupid protocol) at 8cm dilated and trying to pant through the extremely intense and entirely involuntary contractions, I was literally begging the nurses for drugs as they wheeled the gurney into the hospital.

Let me just tell you: an emergency transfer is pretty much the worst way to have a baby.  I had to work through intake forms (nope, they wouldn’t let my husband do it), change into a hospital gown, meet a ton of doctors and nurses, have 2 (maybe 3?) vaginal exams—all while 9cm dilated and amidst extremely painful contractions.  Fast forward in time, and after the surgeon pulls my little guy out of me it is clear that something isn’t right.  The nurses are suctioning his lungs, giving him oxygen, and I’m totally clueless about what’s going on (and strapped to a table).  The nurses and my husband are wheeling the baby to the NICU, while I spend the few hours alone getting stitched up and locked away in recovery.

It was five hours before I was able to see my baby in the NICU.

Everything worked out fine in the end, and by the next day my son was in the same hospital room as me.  But goodness that was a whirlwind and not really the picture-perfect birth I had imagined. 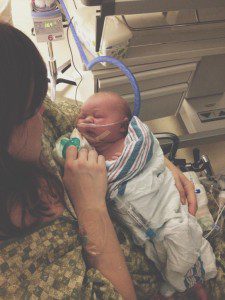 I have never really been upset that I ended up with a c-section, which I know is an emotion a LOT of women struggle with.  For me, I was more upset that by choosing a natural birth I had put myself and my baby in that situation.  I sometimes wonder if I had just chosen to have a hospital birth maybe the whole experience wouldn’t have been so traumatic.  Maybe the decision to have a c-section would have been made a little earlier, before he had the chance to aspirate meconium into his lungs – the same meconium that put him in the NICU for two days.  I know I could ‘what-if’ all day long, which is a waste of time; the past is the past.  But now I’m in a position where my husband and I are thinking about baby #2, so all of those ‘what-ifs’ are back on the table.

Up until recently I had just assumed I would be having another c-section.  The thought of scheduling the birth and rolling in all prepared certainly has its perks, and the only thing I was really worried about was whether my c-section scar would spontaneously rupture at 8 months pregnant and spill all my guts and newborn baby onto the floor in front of me.  (Seriously, it’s a legit fear)

And then I read a few articles, and learned about all the potential complications that come along with repeat c-sections: severe bleeding, obstructed/twisted bowels (?!?), permanent pelvic pain and more.  I learned that more and more doctors are recommending VBACs as a safer alternative. WHAT?!  Let me apologize in advance for previously judging all of you VBAC mamas (I know better now), but I always thought VBACs were something CRAZY women did because they had some sort of emotional need to “take back their natural birth hopes and dreams”,  which is their prerogative but something I never related with.  I really had no idea it was a legitimate medical option on the table for me. Shame on me, I know.

But VBACs aren’t necessarily the picture of perfection, either.  The only good thing about my c-section was the fact that I didn’t have to push an 11-pounder out of my hoo-ha, which I am THRILLED about… so I’m not looking forward to possibly being put back in that position.  Plus the biggest risk of a VBAC is the chance of rupturing the uterine scar (which can kill you, cause brain damage to your baby and possibly prevent any future pregnancies). And to further complicate things, 20-40% of VBACs end in c-section anyways.

After poring through about 20 different articles online about these two options, I just stopped reading because my head was swimming and I was on the verge of a panic attack. As a c-section mom, I’m technically not even supposed to be trying to conceive until 18 months, so I’ve still got a little bit of  time to figure this out.  But I just wish there was a definitive answer about which one was safer.  Because whatever the answer is, that’s the one I choose.

As Mom’s we’re forced to make tough decisions all the time… and choosing between a VBAC and repeat c-section definitely one of the harder ones for me.  Which did you choose and why? 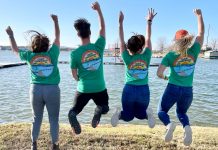